Remembering a Massacre: A Roundtable on Wounded Knee

The national award-winning Indigenous affairs team at FingerLakes1.com seeks to acknowledge the deadly massacre at Wounded Knee on Dec. 29, 1890.

“Remembering a Massacre: A Roundtable on Wounded Knee,” a special two-part program, hosted and moderated by Gabriel Pietrorazio, Indigenous affairs editor, invites some of the most influential voices from Indian Country to reflect on the shrouded historical legacy behind one of the most deadly mass shootings in American history that still stokes intergenerational grief and trauma for Native communities across the continent. 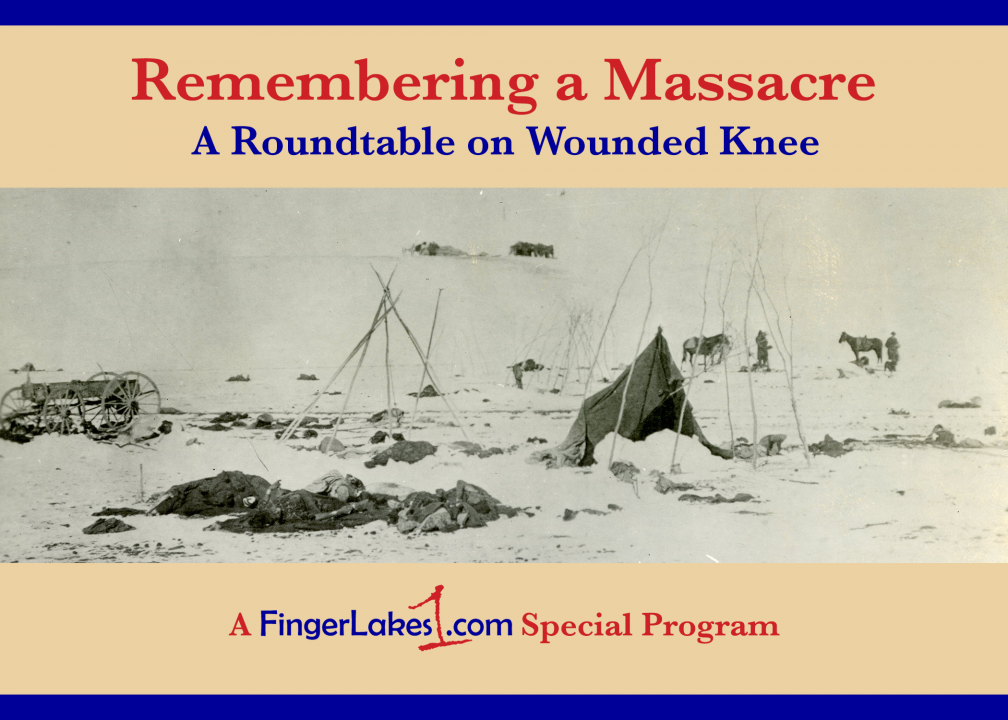 The Wounded Knee Massacre is far from a fatal affair in the Wild West. New Yorkers played a prominent role in the violence that happened on the Pine Ridge Reservation in South Dakota.

L. Frank Baum, the author of “The Wizard of Oz,” born in Chittenango, openly called for the extermination of Indigenous peoples while serving as the Aberdeen Saturday Review’s newspaper editor.

First Sergeant Frederick Ernest Toy of the 7th Cavalry Regiment, a Buffalo native, earned a Medal of Honor alongside 19 other U.S. Army soldiers and is still honored with a plaque inside the Niagara Falls Veterans Memorial.

The Remove the Stain Act, a bill reintroduced before Congress, aims at revoking the Medal of Honor distinctions for those U.S. Army soldiers who served at Wounded Knee and received the highest military decoration possible. The future is uncertain, and its status still stays in limbo.

Yet Native communities continue struggling to cope with generations of trauma that stem from the Wounded Knee Massacre. How do Indigenous peoples deal with their inherited pain and suffering that remains glaringly ignored by a deeply-divided American sociopolitical and cultural society?