The region’s leading digital newsroom has earned national recognition for its commitment to routinely reporting on Indigenous communities throughout New York State. FingerLakes1.com won three 2021 National Native Media Awards for its coverage of the Haudenosaunee in 2020, which were announced by the Native American Journalists Association on August 4, 2021.

With more than 730 entries received, the annual competition distributed more than 250 awards to honor “the best coverage of Indian Country” across Indigenous and non-Indigenous media outlets and journalists alike within the United States and Canada. 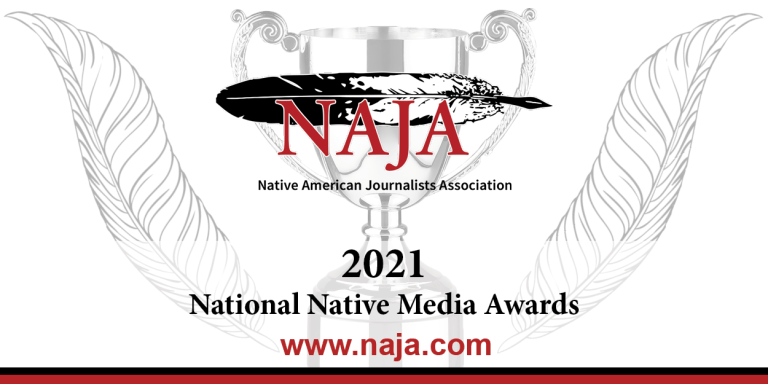 The three entries were selected from the combined Associate I & II categories, all of which were consolidated within the radio-podcast medium.

National News Editor Gabriel Pietrorazio, who recently joined NAJA as an associate member, sought to serve as an ambassador on behalf the digital-exclusive platform — bringing back new tools to enhance FingerLakes1.com‘s coverage of Indigenous peoples and issues. Non-Indigenous journalists like Pietrorazio are solely eligible to compete for the prestigious “Best Coverage of Native America” categories.

Another FL1 Daily Debrief along with Jason Corwin, the Seneca Media & Communications Center’s executive director, placed second overall on his coverage about how COVID-19 impacted the Seneca Nation’s casinos and reservations.

Since then, Pietrorazio has continued telling the stories of the Haudenosaunee far beyond the geographical boundaries of the Finger Lakes.

“The effort put fourth by Gabriel to keep the community informed as these situations evolved showcases a fire that he has for journalism,” said Josh Durso, who oversaw the newsroom as News Director in 2020 and 2021. “Of course, it goes without saying that I’m not surprised, because his work is not only worthy- but the same quality that he’s produced for 2+ years. The difference now is recognition on a larger scale- and reaching an audience well-beyond the local one.”

Speaking to the importance of access to news and information during a pandemic, Durso said that 2020 was a landmark year for a number of reasons. “This recognition is only part of the bigger success over the last 24 months, which has been spent by our newsroom cementing ourselves as the definitive source for local news. Beyond getting excellent written coverage- podcasts like this one, which are free to access for every single user on our platform- provide nuance in a way that newspapers and short radio pieces simply cannot.”

The success of FingerLakes1.com‘s coverage speaks to the overall reach of the platform, which provides constantly updated news and information, as well as in-depth reporting in audio, video, and written word. While a free platform- it’s not one that comes without cost to maintain. To become a monthly supporter of truly local journalism, click here and subscribe on Patreon.

2 hours ago
The Ontario County Sheriff’s Office says it’s investigating a fatal motorcycle crash that happened on State Route 96 in the ... MORE

2 hours ago
The Ithaca Police Department reports the arrest of a 50-year-old following an incident at the McDonald’s restaurant on Elmira Road ... MORE

7 hours ago
An environmental impact statement filed with the state makes clear Seneca Meadows Landfill has no intention of closing in 2025, ... MORE

7 hours ago
California residents could get direct payments up to $1,050. Read here to find out about eligibility and income limits. Stimulus: ... MORE