On the strength of multi-point efforts from Sean Malone and Jean-Sebastien Dea, and Remi Elie’s game-winning goal 1:01 into overtime, the Rochester Americans (21-8-2-2) opened the New Year with a 4-3 victory over the Belleville Senators (19-12-0-1) at CAA Arena Friday night. 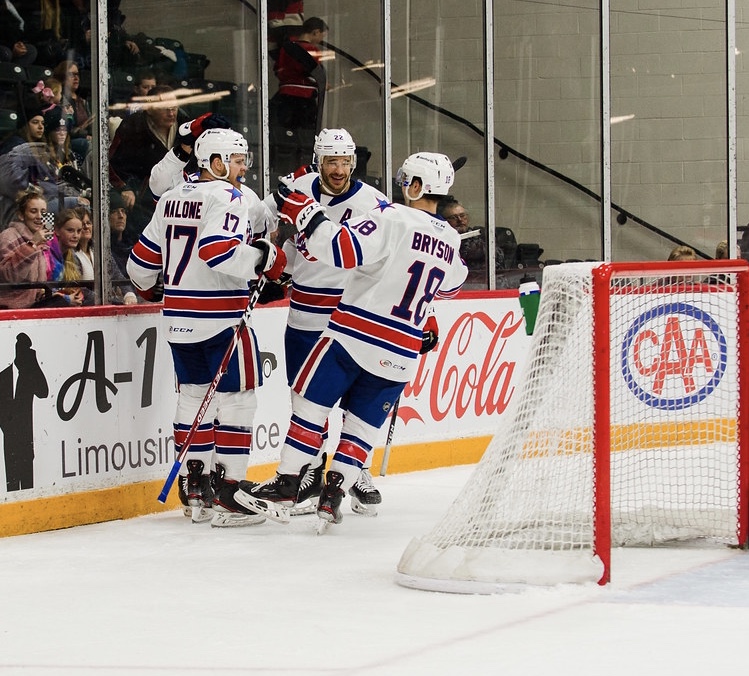 The contest, which served as the third of a four-game North Division road swing for Rochester, was the second of the six-game season series after the Amerks claimed the first meeting between the two teams by way of a 4-3 score back on Dec. 27.

With the win, the Amerks snapped their three-game road losing skid while improving to 16-5-1-1 over their last 23 games dating back to Nov. 1, earning points in 18 games over that span. By way of Rochester’s win and a Utica loss Friday, the Amerks regained the top spot in the AHL’s North Division standings. Additionally, Rochester has picked up points in 23 of the last 30 contests overall, going 19-7-2-2, while also earning 46 out of a possible 66 points through its first 33 contests of the season.

What better way to ring in the New Year than an OT VICTORY 🤩#UnitedWeROC pic.twitter.com/ummrzqZyjN

Belleville takes a 2-1 lead. Alex Formenton tips one in. pic.twitter.com/igXW9z2GsY

Casey Mittelstadt scores his first AHL goal and it's an unassisted shorty! Amerks up 3-2. pic.twitter.com/etctFTZL9v

Only takes one shot. Drake Batherson ties it up 3-3. pic.twitter.com/dn6I57Phy8

Remi Elie OT game winner! JS Dea created the turnover, Pilut is the one that sent it down ice. Amerks win 4-3. pic.twitter.com/nXDoHZ1T26