Tim Hortons is adding something new! 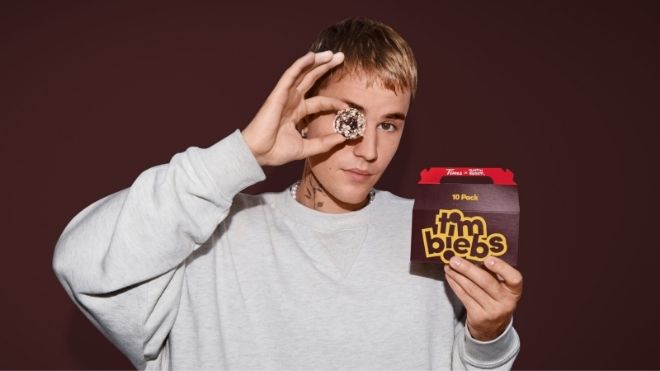 Who doesn’t love a good collab especially when it means you can try a product picked by a celebrity.

There’s something about a meal that has been picked out by your favorite celeb that just makes you want to try it.

It looks like this trend is still going strong in the fast-food world.

An article by Eat This, Not That says that Justin Bieber is teaming up with Tim Hortons yet again.

This is the second time Justin has worked with this company to put something new out for his fans.

This newest collab is an iced coffee and a re-release of the Timbiebs.

The iced coffee is called Biebs Brew and is inspired by Justin’s personal favorite drink.

The Biebs Brew is a French vanilla cold brew.

Beibs Brew is accompanied by a re-release of the Timbiebs which were available for a limited time in 2021.

These bites are available in three flavors

I love that Tim biebs are coming back and now a new drink?!

I’m literally calling out June 6th to drive to Tim hortons in Meriden to get my JB collab coffee and Tim biebs.