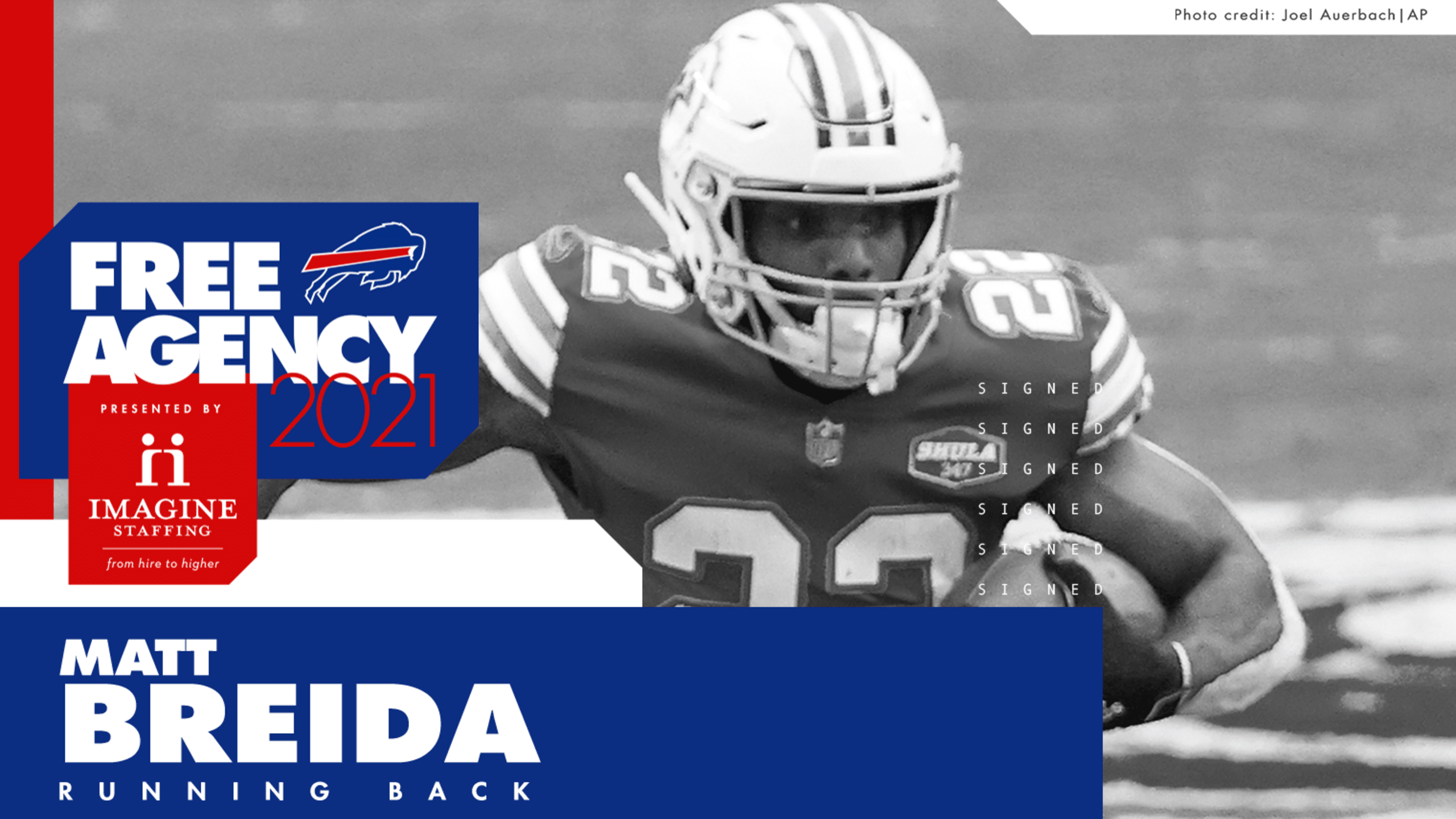 The Buffalo Bills are adding depth to their running backs room with their latest free agent addition. The Bills and running back Matt Breida have agreed to terms on a one-year deal.

Breida spent last season in the AFC East playing for the Miami Dolphins. He played in 12 games and recorded 59 carries for 254 rushing yards.

The RB started his NFL career as an undrafted free agent in 2017 with the San Francisco 49ers. He saw his most productive season in 2018 when he started in 13 games and totaled 153 rushes for 814 yards. Breida averaged 5.3 yards per rush, scored five total touchdowns and caught 27 passes for 261 receiving yards during that season.

In his four years in the NFL, he has played in 55 games and started in 19. With the 49ers and Dolphins, Breida has 440 carries, 2,156 rushing yards, six rushing touchdowns, 76 catches, 657 receiving yards and four receiving touchdowns.

The running back played collegiately at Georgia Southern.