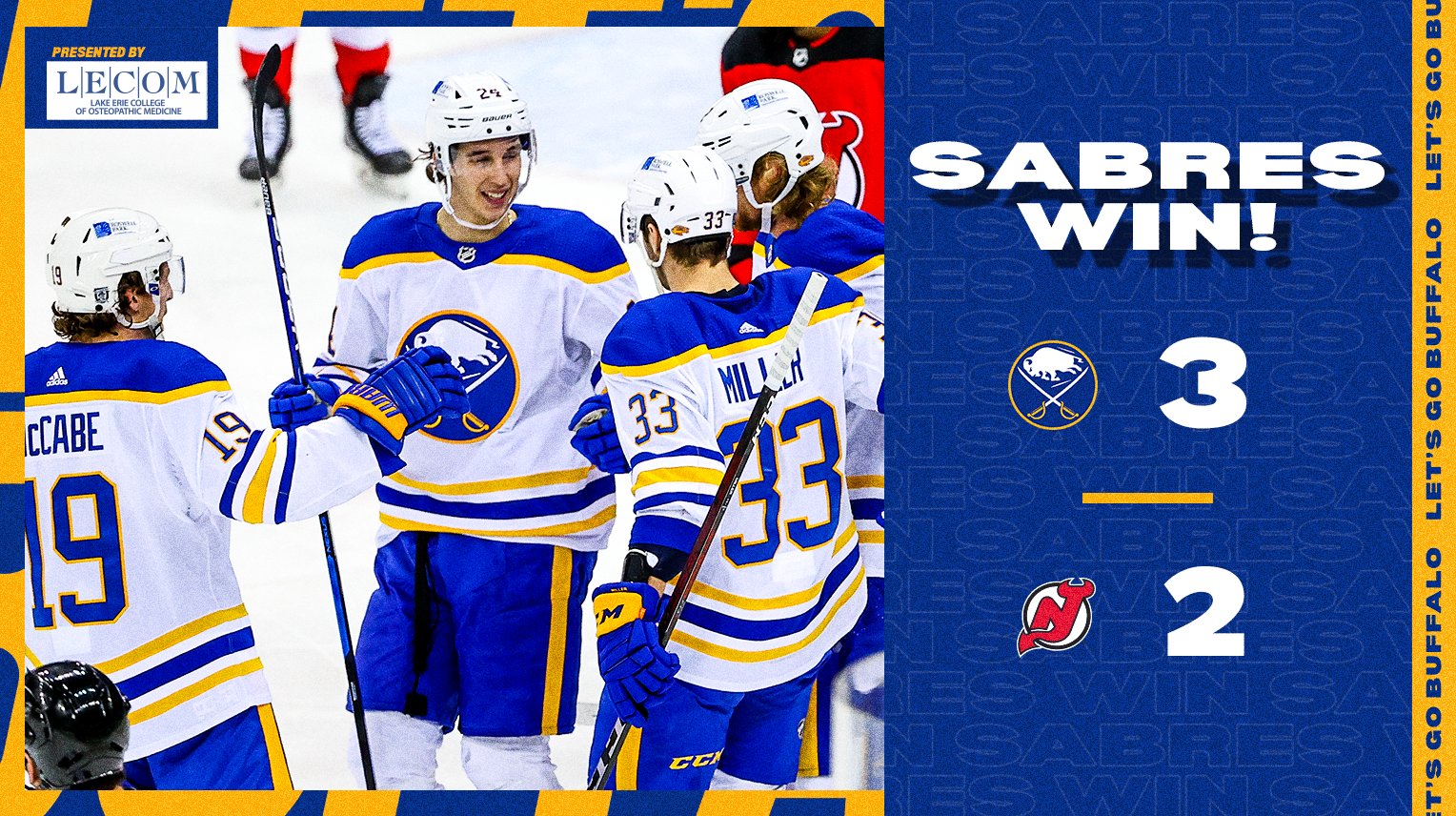 The Buffalo Sabres’ offense finally broke through Saturday afternoon. After scoring just two goals over their last three games, Buffalo scored three against the New Jersey Devils in a 3-2 win at Prudential Center to snap a four-game losing streak.

Sam Reinhart scored twice and Colin Miller added another as Linus Ullmark made 25 saves to earn his fourth win of the season.

Kyle Palmieri and P.K. Subban scored for New Jersey in the third period, a period in which the Devils made a strong push to get back into the game. Mackenzie Blackwood stopped 26 shots for New Jersey.