Jack Eichel has been named the NHL’s Third Star of the Week for the week ending Dec. 8, 2019, the League announced on Monday.

Eichel is riding a 13-game point streak, the longest active streak in the NHL, that began on Nov. 16. In four games this week, Eichel recorded seven points (2+5), including a three-point night on Dec. 2 against New Jersey. The Sabres went 2-1-1 in those four games. 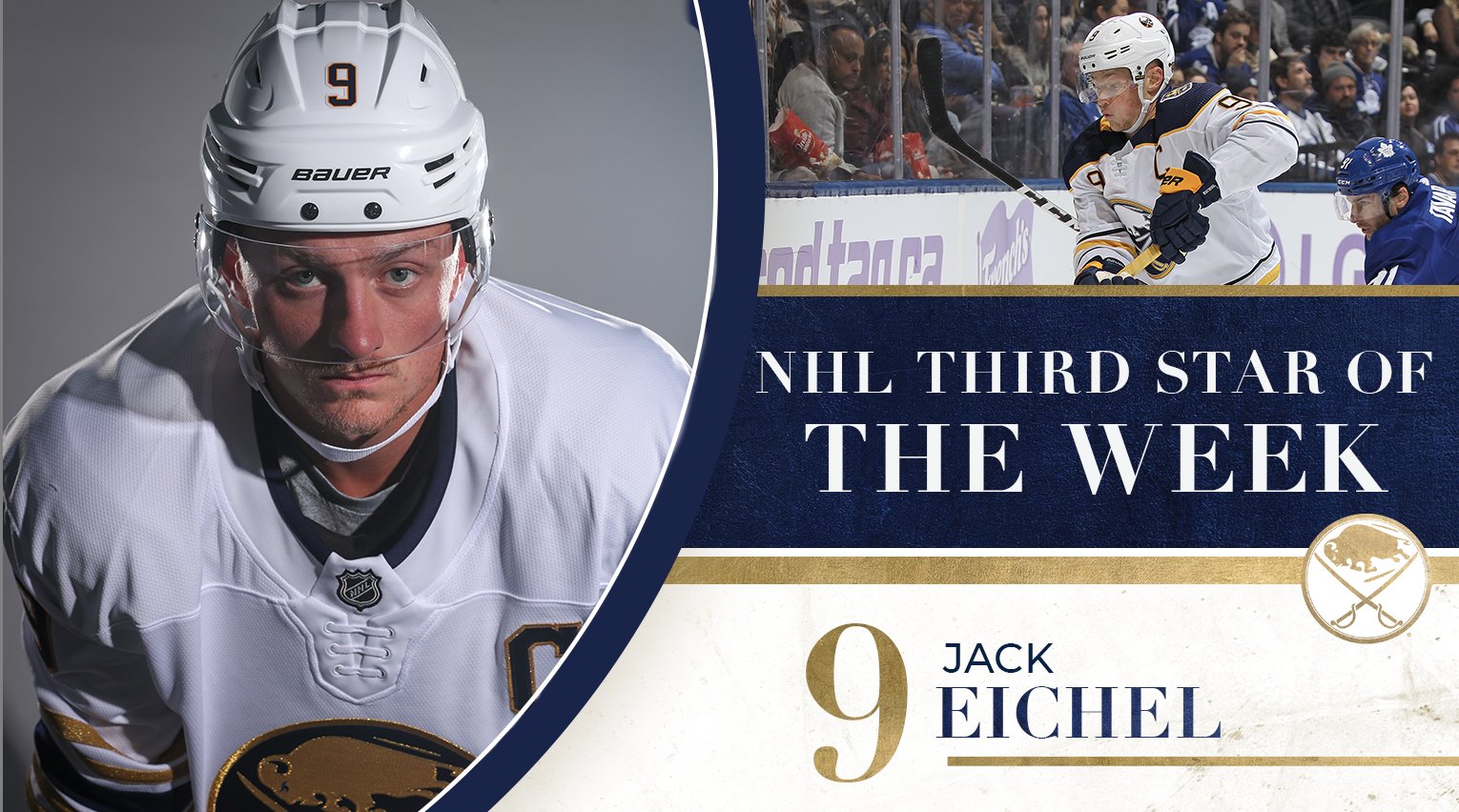 Eichel’s point streak is tied with Pastrnak, Draisaitl, Brad Marchand and Nathan MacKinnon for the second-longest this season behind Patrick Kane’s 15 games for the Chicago Blackhawks from Nov. 2-30, according to NHL.com. He currently ranks seventh in the NHL with 42 points (18+24).