With a season-high three-assist outing by defenseman Zach Redmond and a stellar 25 save-effort from goaltender Andrew Hammond, the Rochester Americans (11-3-1-2) blanked the Hartford Wolf Pack (11-3-0-5) by the score of 4-0 Friday night at The Blue Cross Arena. With the win, the Amerks pushed their win streak to four games while also extending their point streak to seven games (6-0-0-1) to start the month of November. 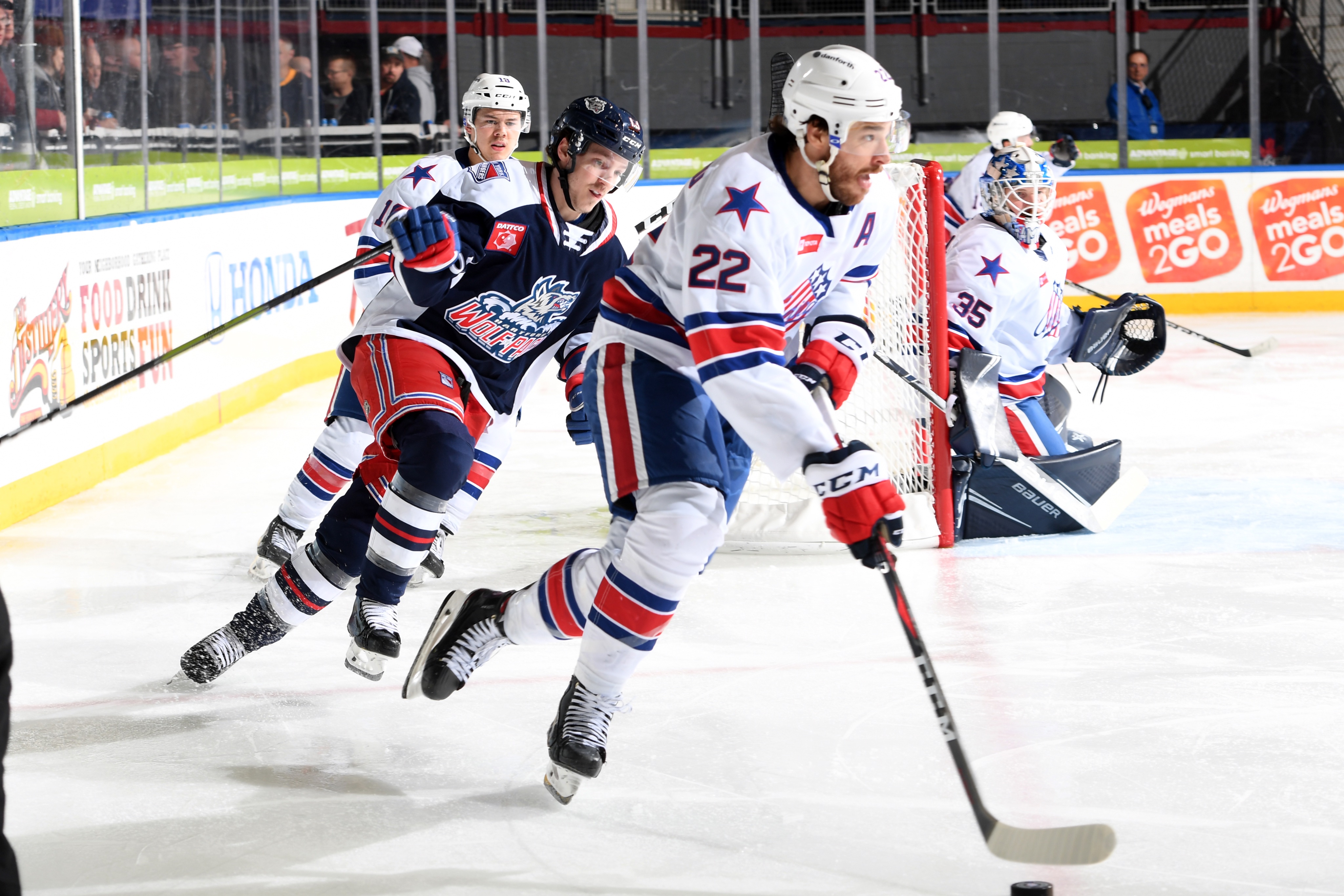 Additionally, Rochester has now earned 25 out of a possible 34 points through its first 17 games of the campaign and has picked up points in 12 of the last 14 contests overall, going 9-2-1-2 over that span.

Along with Redmond’s three-point outing, Scott Wilson added a pair of goals after missing the last two games to give Rochester the two-game sweep over Hartford this season. Tyler Randell and Andrew Oglevie completed the scoring while Hammond improved to 7-1-1 in his 10th appearance in the crease while picking up his second shutout of the month.