The U.S. Supreme will soon issue its first major Second Amendment ruling in over a decade, following the two mass shootings that devasted the nation and renewed a debate over gun rights.

The ruling- expected to be issued in the coming days or weeks- concerns New York’s restrictions on concealed carry handguns. The New York law requires people seeking a license to carry a handgun in public to provide “proper cause.”

The conservative-majority court is expected to strike down the restrictive law, according to The New York Times. The ruling could have far-reaching implications on gun restrictions imposed by states across the country. 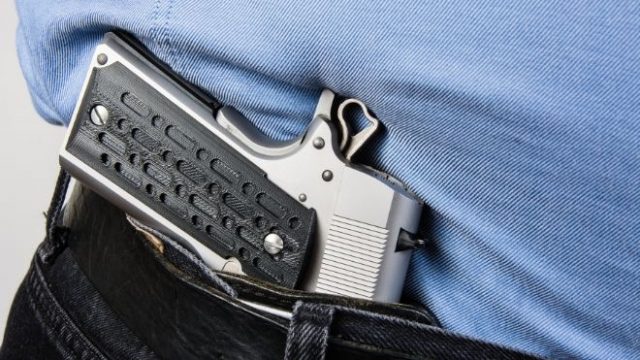 Gun debate renewed after two mass shootings in May

On May 14, a gunman opened fire at a Tops supermarket in Buffalo, killing 10 people in what has been called a racially-motivated attack. Ten days later, a different gunman killed 19 students and two adults at Robb Elementary School in Uvalde, Texas. Both gunmen were 18-years-old and armed with an AR-15 style assault rifle.

Following the shootings, Democrats in Congress have pushed for gun control legislation. Republicans have opted to focus on issues like mental health and school security following the slayings.

In a 2021 ruling, the U.S. Court of Appeals for the Second Circuit upheld New York’s law, saying it does not violate the constitutional right to bear arms. On April 26, 2021, the Supreme Court opted to review the lower court’s decision in Kachalsky v. County of Westchester.

In the court’s 2008 decision in District of Columbia v. Heller, the court ruled 5-4 that the Second Amendment protects a person’s right to keep a gun in their home for self-defense. The court did say the Second Amendment right is “not unlimited,” but the justices did not fully address what gun restrictions are permitted under the Constitution, according to The Hill.

During oral arguments heard in November, the court seemed hesitant to uphold New York’s “proper cause” law, which requires an individual to demonstrate a special need to carry a handgun for self-defense purposes.

The highest court’s ruling could be issued at any time, though it will be issued no later than late June or early July.