The housing market is on fire. Mortgage rates are still low, even as interest rates begin to rise. Many say a housing crisis is imminent. 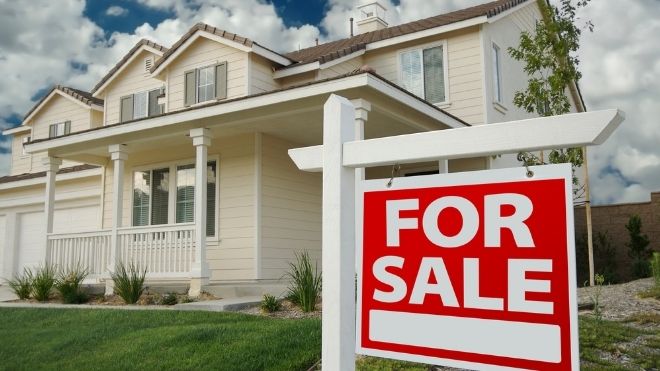 Does it mean there’s a housing bubble looming? Will millions of Americans lose their homes, or become homeless because of a pending housing crisis?

Experts say it’s complicated, but even if the worst case scenario plays out – many are unlikely to lose their homes.

What happens now that home sales are sinking?

Will the housing bubble burst in 2022?

Mortgage rates are approaching 5% in the United States, which is making many prospective homeowners think twice about purchasing.

Especially for those who are looking to upgrade, rather than purchase that first family home.

The current market conditions were mostly created by existing homeowners buying up a small amount of inventory. “Existing homeowners have a disincentive to sell because every dollar borrowed costs more,” Mark Fleming, chief economist at First American Financial Corporation told Yahoo recently. “The financially rational decision is not to sell.”

Fannie Mae says that with all things considered – home prices will still likely increase 11.2% by the end of the year. However, in 2023 that will reduce by approximately 4.2%.

Housing market: The best time to sell is now before the bubble bursts

Is there a housing crisis happening right now?

According to S&P Global, around 88% of U.S. housing is overvalued. Many would consider that to be an indicator of a crisis.

The crisis right now across the U.S. is that there isn’t enough housing available.

While the fed can increase mortgage rates – they can’t force more inventory into the market.

“Our evidence points to abnormal US housing market behavior for the first time since the boom of the early 2000s,” researchers at the Federal Reserve Bank of Dallas wrote last week.

The big takeaway from expert opinion last week is that first-time buyers are being priced out of the housing market.

Rent or buy: Americans are stuck in housing limbo as home prices soar

What caused the housing crisis in 2008?

Subprime mortgages were to blame in 2008.

However, it would be unlikely that another situation like this played out in the U.S.

Many subprime borrowers – or even those who would’ve passed as ‘average’ borrowers before 2019 – have been priced out of the market.

This means they can’t even be considered to buy a home.

How is a housing crisis defined?

By that definition – there’s a housing crisis playing out right now.

However, experts are quick to remind Americans that this is not like the housing crisis of 2008.

That situation was brought on by subprime mortgages. The current housing market was created through a lack of inventory.