Authorities in Ontario County say one person faces felony charges after one dog was found dead in the city, and another severely starved.

On November 28 around 8 p.m. the Ontario County Humane Society and Canandaigua Police Department responded to an address on Saltonstall Street in the city of Canandaigua for the report of two dogs that appeared to be abandoned.

Upon arrival one dog was found deceased inside a metal cage. The second was still alive at that time. The residence was filled with trash, feces, and there was no food or water for the dogs.

The deceased dog was named Onyx, and was a 2-year-old pit bull mix. His remains were sent to Cornell University Animal Diagnostic Lab for a necropsy.

The second dog, identified as Onyx’s sister, is named Ellie. She was emaciated due to starvation. Officials say she is being treated by a local vet.

The owner of the dogs was identified by authorities as Stepan Gillam, who was arrested on Wednesday. He was charged with felony aggravated cruelty to an animal. Other charges are pending at this time.

He was issued an appearance ticket to answer the charge at a later date. 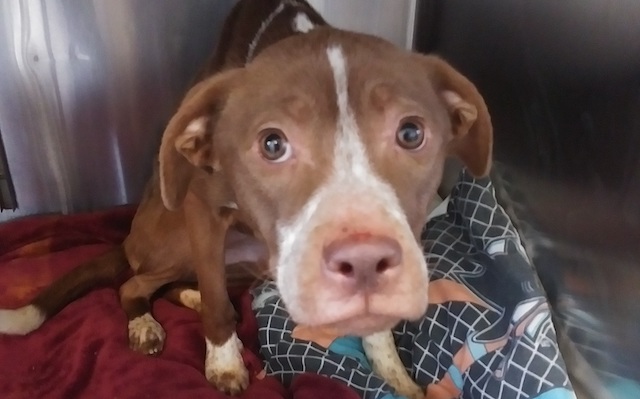 The surviving dog, identified as Ellie by police. Photo provided.