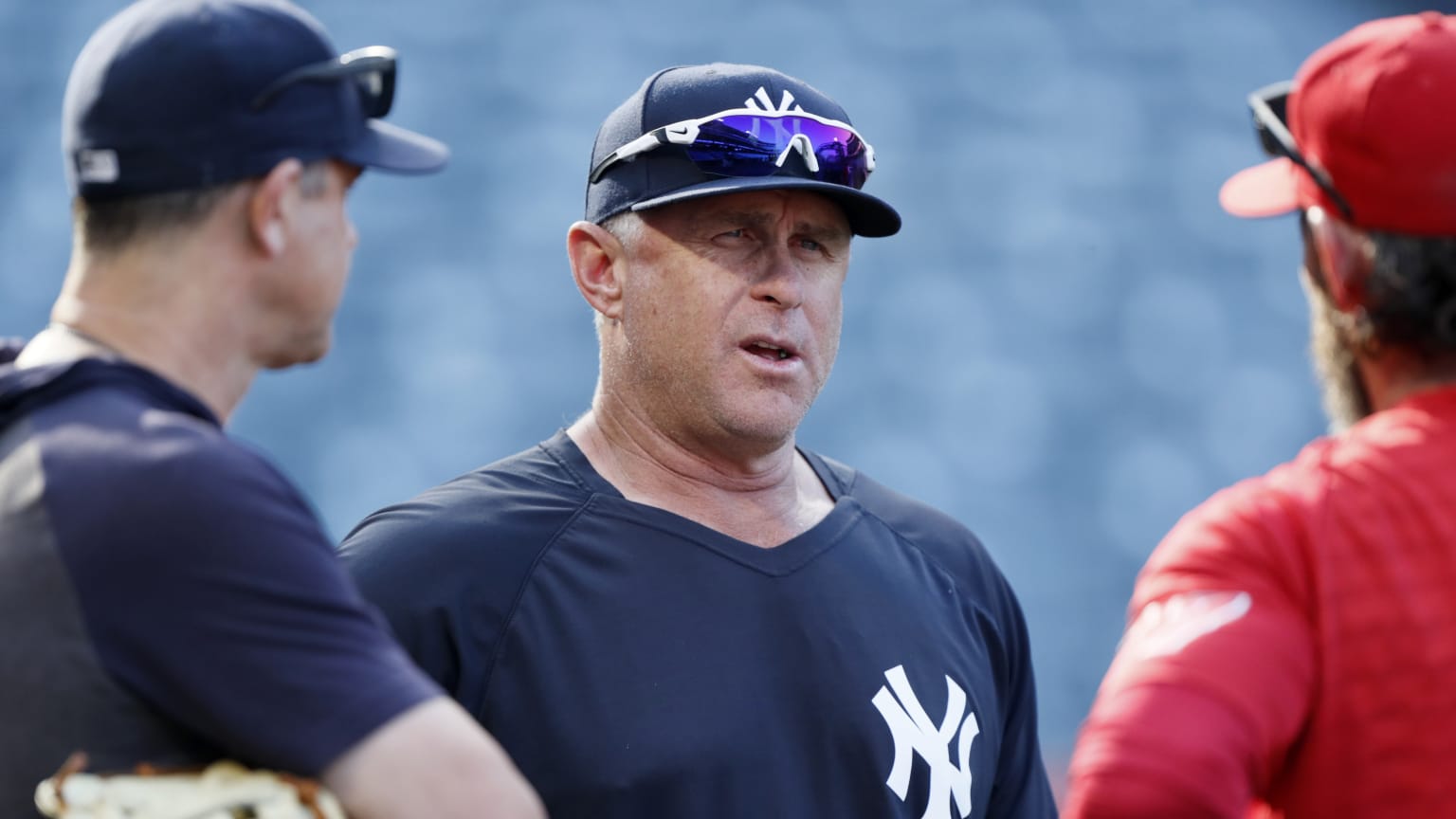 The Yankees’ persistent offensive brownouts were one of the head-scratching mysteries of an underwhelming 2021 season, prompting the organization not to renew the contracts of hitting coach Marcus Thames and assistant hitting coach P.J. Pilittere, as The Athletic first reported on Thursday.

Third-base coach Phil Nevin will also not have his contract renewed for 2022, coming off a campaign in which the Bombers tied the Royals (22) for the Major League lead in outs made at home plate. The Yankees have not formally announced the coaching staff changes and have not commented on the report.

There is no further clarity regarding the return of manager Aaron Boone, whose contract runs through the conclusion of the World Series.

“They made a decision,” Thames told NJ Advance Media. “I just hate that we didn’t win a championship. But they want to go in a different direction, I guess. I wasn’t the voice that they thought [would] get us over the hump.”

The Yankees ranked 19th in the Majors this year with 711 runs scored, well behind the surviving clubs set to face off in the American League Championship Series – the Astros were first with 863 runs scored, while the Red Sox were fifth (829 runs scored). The Rays (857) and Blue Jays (846), both AL East clubs, ranked Nos. 2 and 3 in the Majors, respectively.

“This was overall just tough for us to really be the offensive juggernaut we’ve come to expect,” Boone said after the AL Wild Card Game. “I’m not sure why we didn’t realize our potential there.”

Nevin had a high-profile gaffe in the AL Wild Card Game at Fenway Park on Oct. 5, waving Aaron Judge home on a Giancarlo Stanton rocket that dented the Green Monster in left field. With New York trailing 3-1, Judge was cut down at home plate, costing a possible first-and-third, one-out situation. Instead, the Yanks had two outs and Stanton at second base, on their way to an eventual 6-2 defeat.

“I know what it looks like,” Nevin told the New York Post after the game. “I know what the situation is. I know what kind of third-base coach I am. I made a play to win the game. It didn’t work out. It was a great baseball play on their side. In a big moment, it didn’t go our way.”

I spoke to Marcus Thames, P.J. Pilittere (hitting coaches) and Phil Nevin (third base coach) today about being fired after a disappointing end to the season.