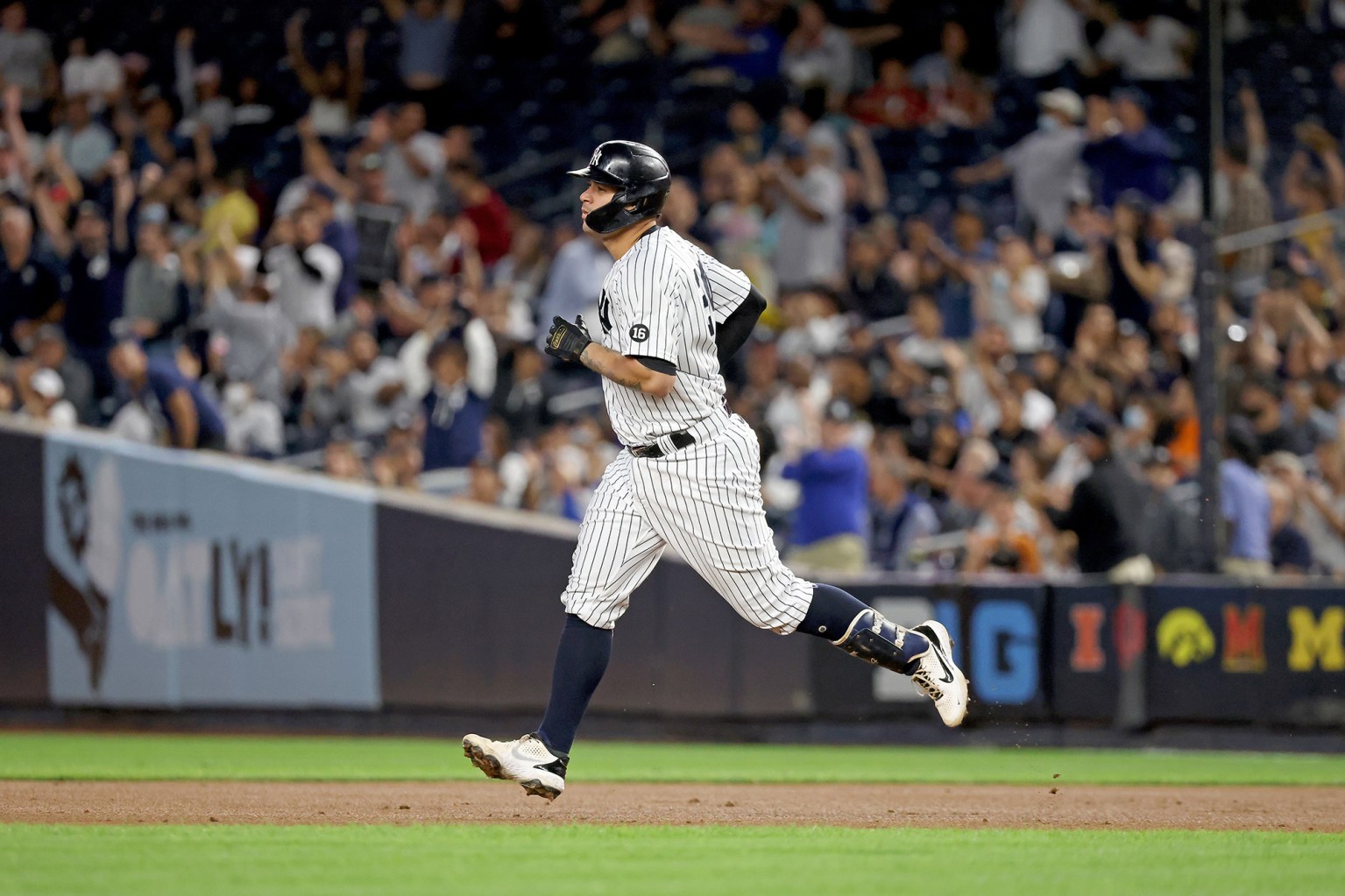 Gary Sánchez hit an early homer, Aaron Judge and Gleyber Torres delivered timely hits to help the Yankees bat around in the third inning and the bullpen sealed a 4-3 victory over the Rangers on Monday at Yankee Stadium.

Entering the night with a dozen games remaining to make up ground in the American League Wild Card chase, the Yanks jumped on Texas starter A.J. Alexy. Sánchez’s second-inning homer was his 22nd. Giancarlo Stanton contributed a sacrifice fly as New York scored three runs in the third.

With the Blue Jays’ loss to the Rays, the Yanks moved to within a half-game of Toronto for the second AL Wild Card spot.

Cortes allowed three runs and five hits over 4 1/3 innings, striking out seven and walking two. Adolis García greeted reliever Chad Green with a sacrifice fly that drew the Rangers within one run, but Green retired the next four batters he faced and Clay Holmes recorded five outs.