The Buffalo Bills were hit with a rude awakening at the start of their 2021 season, losing 23-16 to the Pittsburgh Steelers. As Highmark Stadium was overflowing and humming with excited fans, the Bills seemed a little too wound up, and rarely found an offensive rhythm against the Steelers. They gave up 20 unanswered points in the second half, weren’t able to put together a comeback, and will start the season 0-1. 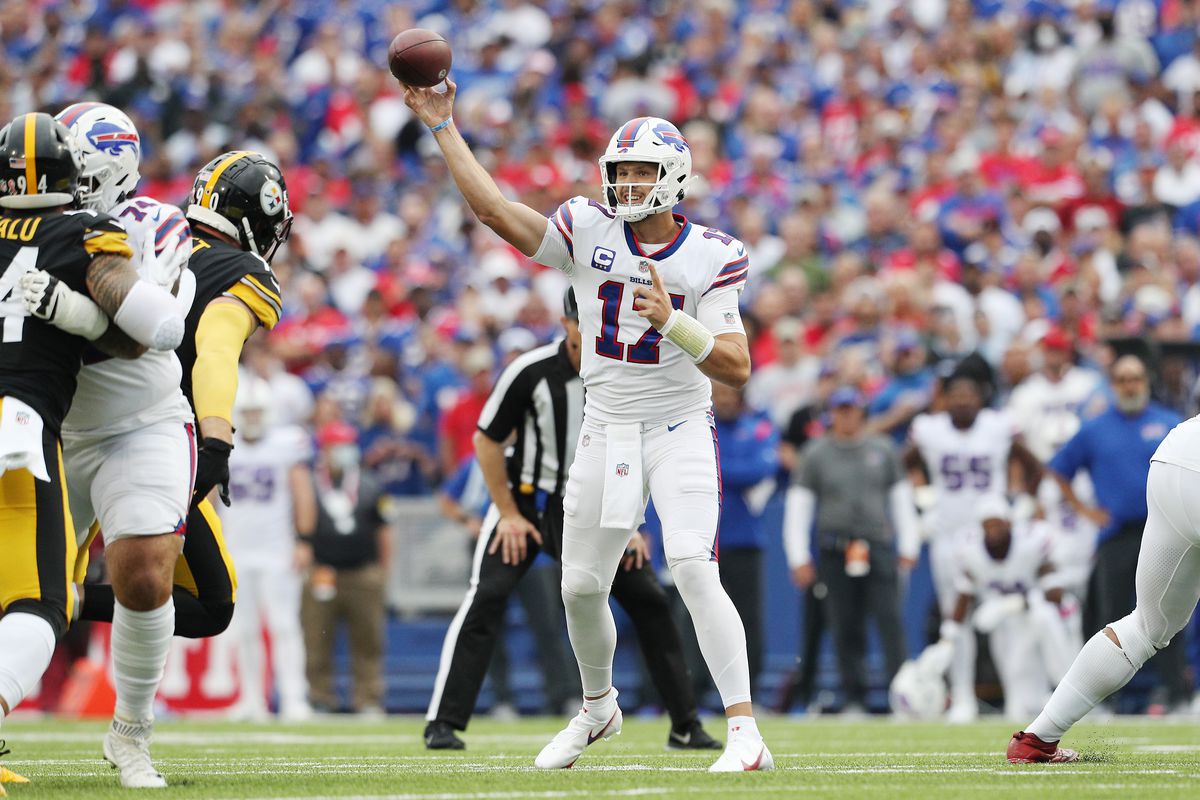 Quite a dud of a second half. A lot to ponder. It's a long, long way to January (and February). Mad props to #Steelers. Just didn't see anyway #Bills lost this opener but it happened.

Well, not ideal. The Bills offense stunk all day, and the defense finally buckled in the second half. Bills are 0-1.

So who’s to blame?

Allen made several mistakes we didn’t see last season. The play calling was stale. The offensive line got taken advantage of. The defense couldn’t get PIT off the field in the second half. And allowing a blocked punt just can’t happen.

First touchdown of the season‼️

We LOVE having you back, #BillsMafia ‼️ pic.twitter.com/E4xY9LGaDY

Mario Addison tallies the Bills first sack of the season.

Josh Allen is one of the first players off the field today. #Bills will go back to the drawing board to prepare for the Miami Dolphins on the road next weekend. @WGRZ pic.twitter.com/nED5x9XCJq

QB Josh Allen: Obviously, that’s not how we wanted to started the season. We aren’t going to panic, there are still 16 games left. #BillsMafia pic.twitter.com/5cqUfw3b8z

#Bills WR Cole Beasley "There's no loss of confidence at all"

"We're still going to go out there and try to score 40 every game."

Josh Allen: "I wish we could have put a better show on for the fans."

Cole Beasley says he was talking to WRs and there weren’t a lot of opportunities to go 1-on-1. Said Steelers back 7 made it tough but the Bills have to make more plays.

Josh Allen says he was too aggressive early on and needs to do a better job of taking what the defense is giving them. “We didn’t have everything today”

Sean McDermott says at end of the day the Bills didn’t help themselves with how they played up front on both sides.

The Buffalo Bills open their 2021 season at home against the Pittsburgh Steelers in a huge AFC matchup between the two playoff contenders.

The Bills are coming off a 13-3 2020 season, and expectations remain high in 2021, as Josh Allen looks to build on his growing presence in the NFL’s fraternity of quarterbacks. Coming off a Pro-Bowl selection, Allen has Buffalo fans thinking about the Super Bowl.

The Steelers went 12-4 last season, including an 11-0 stretch to start the season, but struggled down the stretch. Ben Roethlisberger returns for his 18th season at quarterback, and will have a new member in the backfield in 24th overall draft pick, Najee Harris, at running back.

This will be the first matchup between Buffalo and Pittsburgh since December 13, 2020; a 26-13 Bills victory.

#RoundingUpTheHerd: The Bills are looking to win the team’s third straight in an opener and tally the team’s longest Kickoff Weekend winning streak since a team-record six-year stretch covering 1988-93.#BillsMafia | #PITvsBUF pic.twitter.com/P9vXFyDWzH