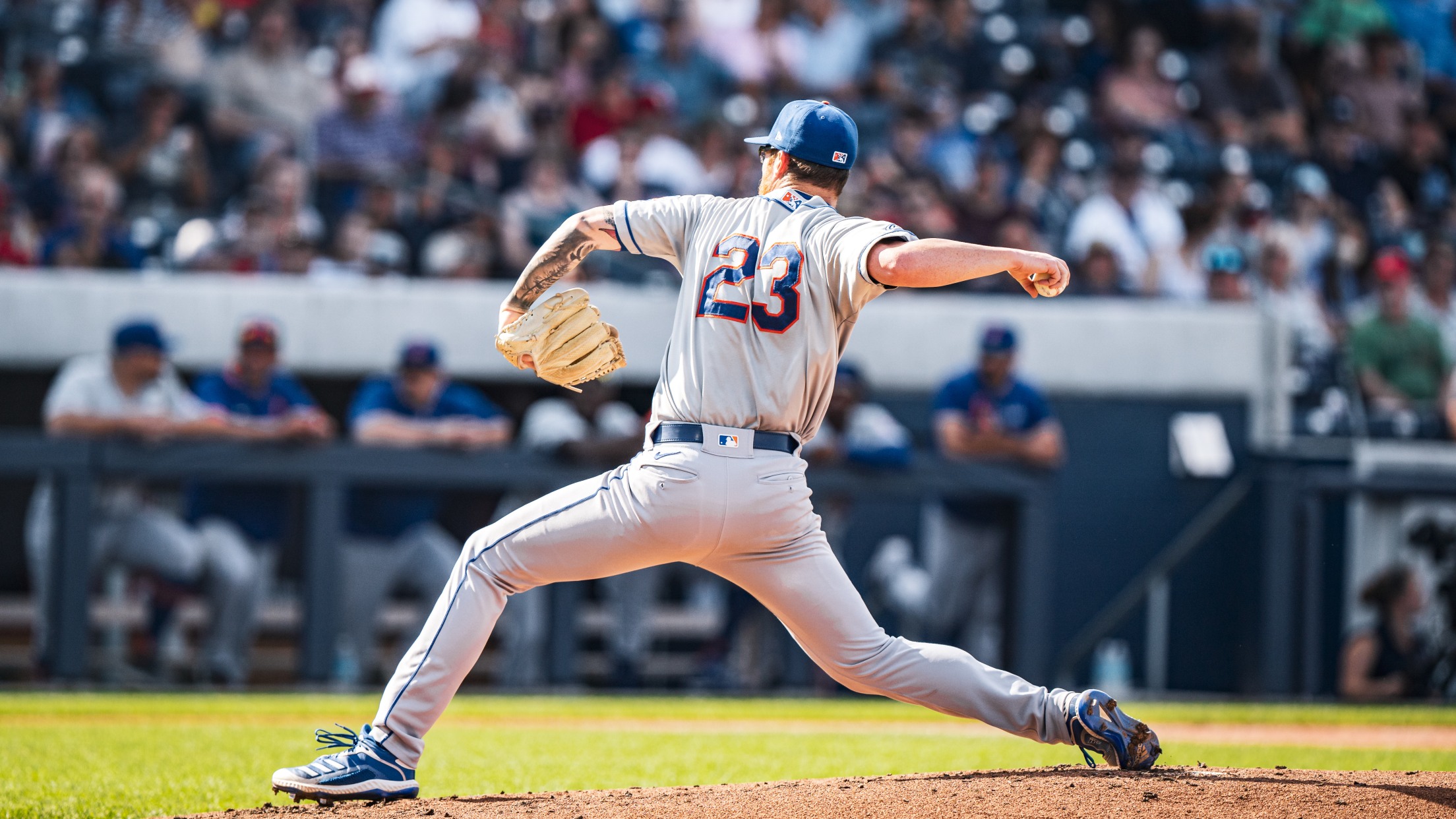 Syracuse Mets starting pitcher Adam Oller struck out a career-high 13 batters in six and two-thirds shutout innings pitched as Syracuse beat the Worcester Red Sox, 5-4, on Saturday evening at Polar Park. The victory gives the Mets a season-high four-game winning streak and secures another series win for Syracuse as the Mets have won four of the first five games of this six-game series against the Red Sox.

Syracuse (33-54) opened the game’s scoring in the top of the first inning. Mark Payton and Wilfredo Tovar began the game with back-to-back walks to put runners on first and second base. On a Josh Reddick fly out to center field, Payton tagged up and moved to third base. Patrick Mazeika followed with a three-run home run down the right-field line that landed in the seats atop the 22-foot-high Worcester Wall to give Syracuse a 3-0 lead.

The Mets extended their advantage in the fourth. Chance Sisco led off with a double. Two batters later, with one out, Cheslor Cuthbert singled to left-center field, scoring Sisco for a 4-0 Syracuse edge. Cody Bohanek then singled, placing runners at first and second. Payton followed with a double, bringing Cuthbert home as the Mets took a 5-0 lead.

Meanwhile, Oller was magnificent in his Triple-A debut. The 26-year-old right-hander stymied Worcester, striking out at least two batters in his first six innings on the mound. In all, Oller struck out a career-high 13 batters and allowed two hits and one walk in six and two-thirds scoreless innings pitched.

Worcester (46-41) closed the gap in the bottom of the eighth inning. Syracuse reliever Roel Ramírez was on the mound for the Mets after getting the final out of the seventh. With one out in the bottom of the eighth, Jhonny Pereda reached first base on catcher’s interference as Syracuse catcher Patrick Mazeika’s catcher’s mitt made contact with Pereda’s bat on a swing, which resulted in Pereda being rewarded first base. Ryan Fitzgerald then walked, and Yairo Muñoz singled to load the bases. The single for Muñoz gave him a hit in his 35th consecutive game, which is a Boston Red Sox organizational record. Delino DeShields struck out for the second out of the frame, but Joey Meneses followed with a two-out grand slam over the wall in right-center field to cut the Syracuse lead to one, 5-4. Mets reliever Franklyn Kilomé then came out of the bullpen and got the final out of the eighth inning.

Kilomé remained on the mound for Syracuse in the bottom of the ninth inning. The 26-year-old right-hander struck out Connor Wong and induced a Jeter Downs pop out for the first two outs. Jack Lopez kept the game alive for Worcester with a double to right field to put the tying run at second base and bring the winning run to the plate, but Pereda lined out to center field to end the game as Kilomé earned his first save of the season, and Syracuse won, 5-4.

The Mets and Red Sox conclude their six-game series on Sunday afternoon at Polar Park. First pitch is scheduled for 1:05 p.m.