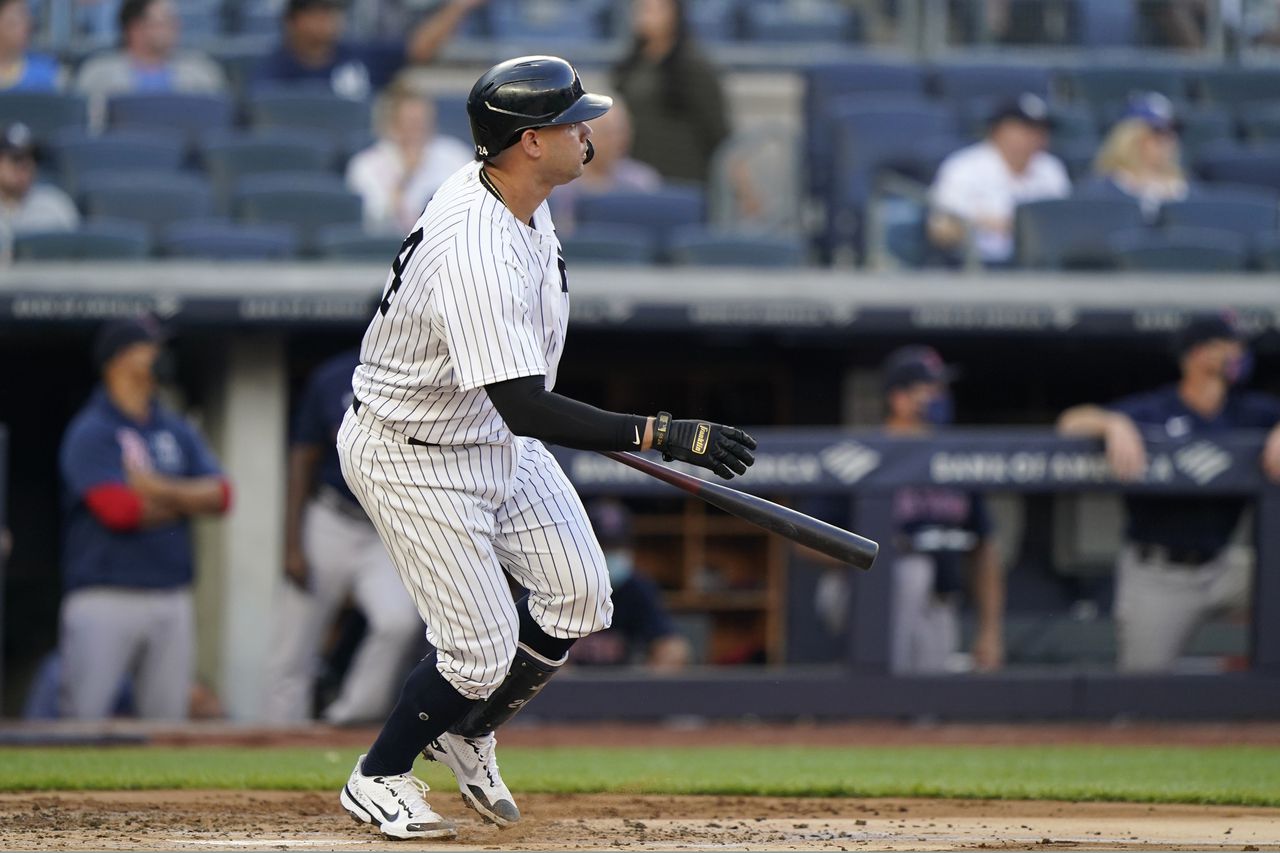 The theatrics began with Gleyber Torres’ game-tying double, then escalated when Rougned Odor was rung up on a questionable third strike. The Yankees were steamed, and their mood did not improve a half-inning later when Xander Bogaerts put the Red Sox back in the lead.

Bogaerts stroked a two-run single off Luis Cessa in the top of the 10th inning, and the Yankees could not respond, absorbing a 6-5 loss to Boston on Sunday evening at Yankee Stadium. Yankees coaches Phil Nevin and Carlos Mendoza were both tossed from the game, furious over a generous call given to Boston closer Matt Barnes in the ninth inning.

New York finished their “rivalry week” homestand with five losses in seven games against Tampa Bay and Boston. The Yankees have lost four straight games and 10 of their last 13.

With the Yankees down to their final two outs in the ninth, Torres stroked an 0-2 Barnes curveball over third base, chasing home Aaron Judge all the way from first base. That tied the game at 4, but Torres was stranded after the generous third-strike call for Barnes.

New York had bounced back after second baseman DJ LeMahieu and right fielder Clint Frazier converged on Christian Vazquez’s towering eighth-inning popup that tipped LeMahieu’s glove and fell for a double in shallow right. Bogaerts followed with a sacrifice fly off Wandy Peralta to give the Red Sox a 4-3 lead.

Supported by Gary Sánchez’s two-run double in the first inning, right-hander Domingo Germán limited Boston to one run and three hits over 5 2/3 innings — a run produced when Alex Verdugo slugged Germán’s fifth pitch of the night over the left-field wall. New York added a fifth-inning run against Garrett Richards, who allowed three runs and eight hits over five innings.

Germán was lifted after issuing a two-out walk in the sixth, ending his night after 84 pitches. Lucas Luetge finished that inning, but the lefty permitted Marwin Gonzalez’s game-tying two-run homer in the seventh.