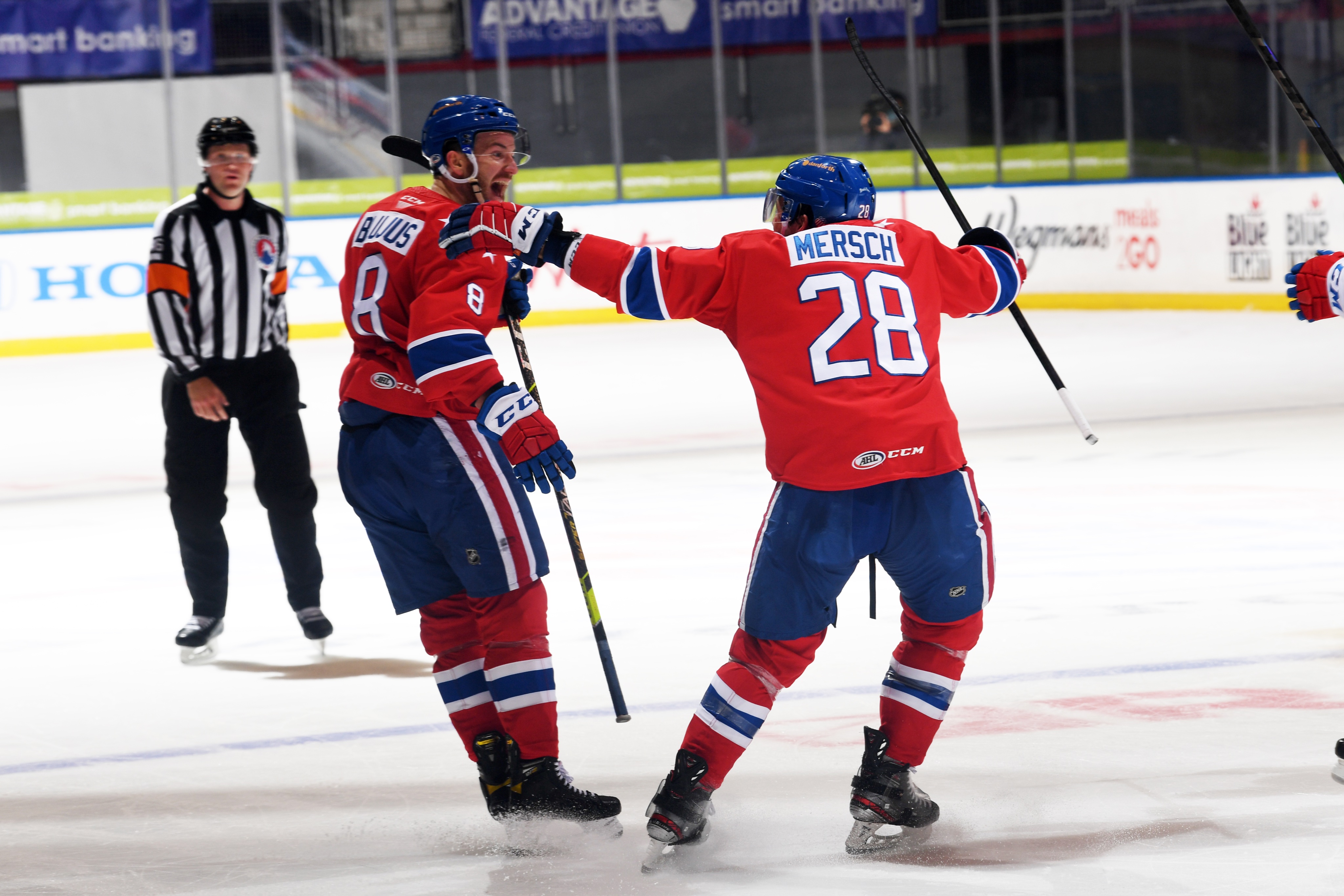 The Rochester Americans (11-15-2-1) brought their historic 65th season in the American Hockey League to a close Sunday night with 2-1 victory over the intrastate rival Utica Comets (16-11-0-1) at The Blue Cross Arena.

The matchup was the third of three get-togethers this week and the 11th meeting overall between the two teams this season. Rochester earned at least a one point in four of the last 10 games.

Former Comet Dylan Blujus recorded his first two points of the season with his goal first since Feb. 28, 2020 as a member of the Comets. It marked Blujus’ first multi-point effort since Dec. 27, 2017 as he netted a goal and assist. Brendan Warren completed the scoring with his fourth tally of the slate. Michael Mersch, Brent Gates, Jr., and Brett Murray all picked up assists in the victory, Rochester’s first at home since March 3.

Goaltender Michael Houser (1-3-0), who came within seconds of earning his first shutout with the Amerks, picked up his first AHL win since Jan. 17, 2017 as a member of the Ontario Regin. The win was his first with Rochester. In four appearances this week, Houser has made 110 saves while posting a 2.33 goals-against average to go with a .924 save percentage.