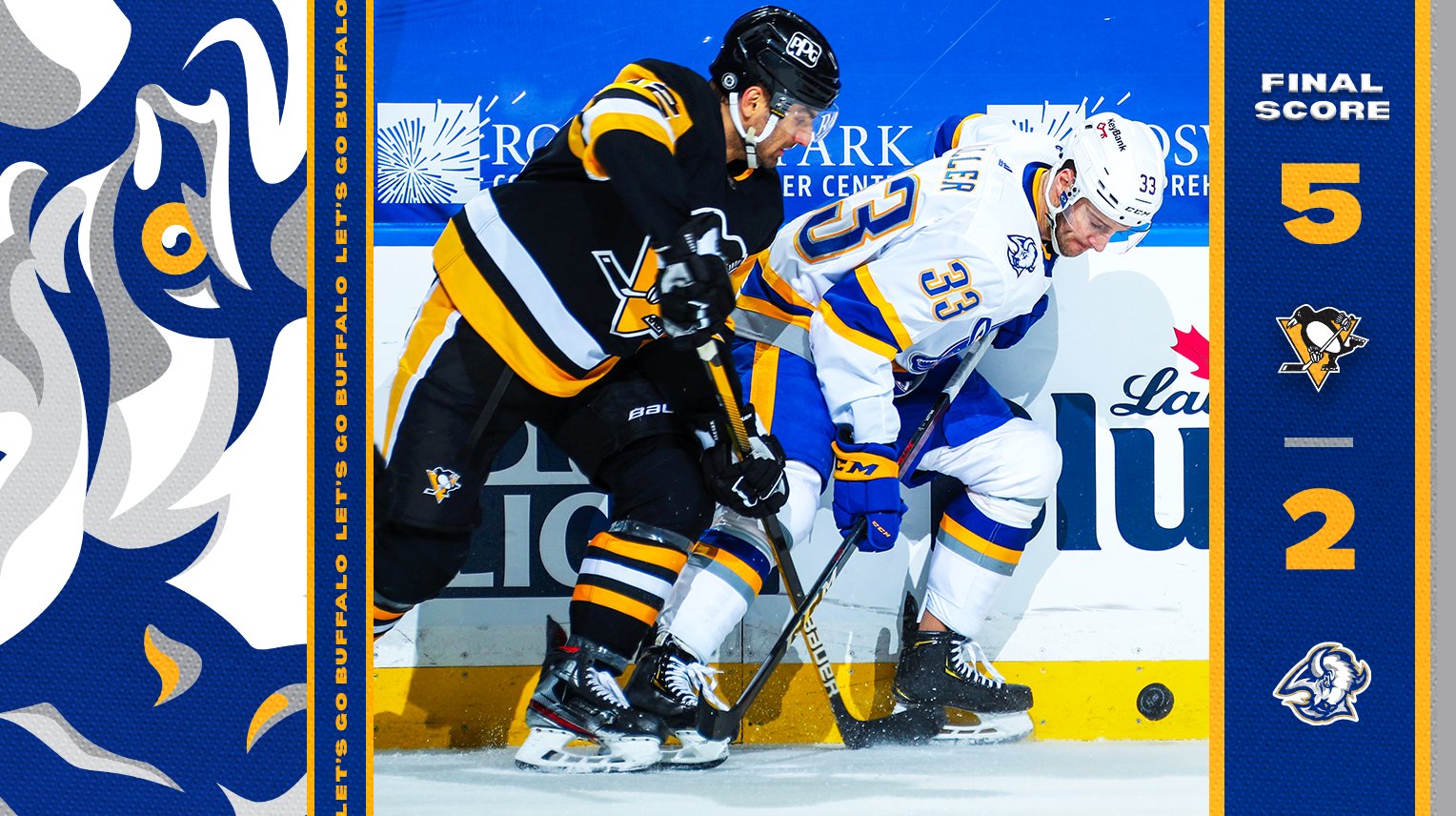 The Buffalo Sabres will see the Pittsburgh Penguins four times in the month of March and the Penguins came away with a win the first game of the season series by a 5-2 score Thursday night at KeyBank Center.

Thompson scored his first goal since January 29, 2019 – a span of 33 NHL games for him. The length between goals was amplified by a season-ending shoulder injury during his first game with the Sabres last season on November 17, 2019.

The Sabres were down two centers as captain Jack Eichel did not play due to an upper-body injury and then rookie Dylan Cozens left the game early in the third period after being hit into the boards by Zach Aston-Reese.

The Sabres are 0-7-2 in their last nine games and since returning from a two-week COVID-related hiatus on February 15, the team is 2-11-2. Buffalo has allowed five goals in each of the past five games.