In a game of wild and crazy swings, Syracuse staged the last run of the night for an 84-82 victory over Notre Dame here at the Joyce Center on Wednesday night. 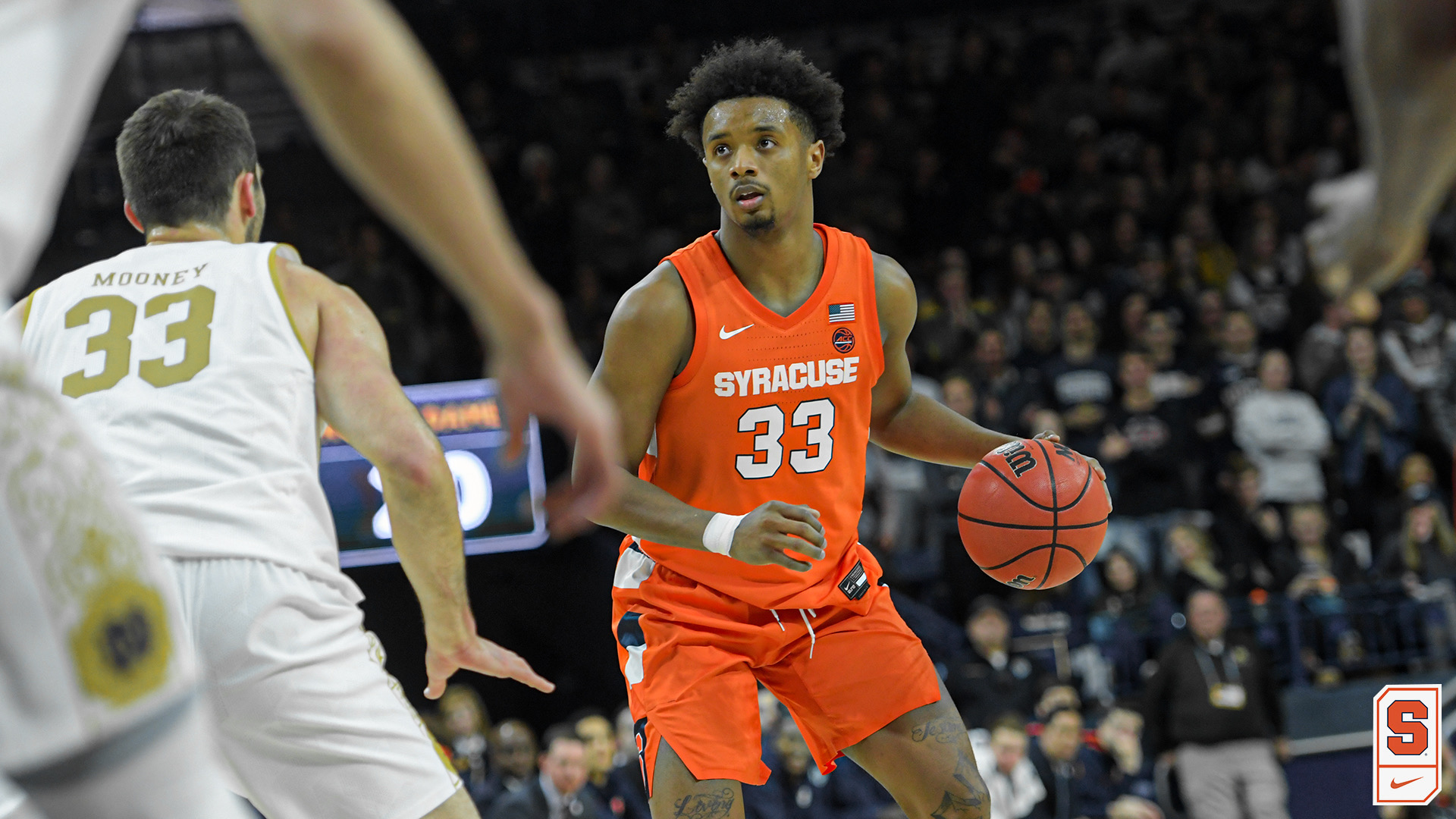 The win also continued Syracuse’s redemption tour. The Orange has avenged all three of its losses in the ACC with road wins. In its last three games, Syracuse has beaten Virginia, Virginia Tech and now Notre Dame on the road.

When you’ve avenged all your conference losses on the road pic.twitter.com/WOe2rVgV5d

Syracuse tries to continue its road success when it visits Notre Dame on Wednesday, Jan. 22 at 7 p.m. The Orange are 3-0 in road ACC games, with wins coming against Virginia, Virginia Tech and Georgia Tech.

The Orange extended their win streak to three after defeating Virginia Tech on the road, 71-69, on Saturday. Sophomore Buddy Boeheim led the way, tying his career high with 26 points. Boeheim scored 18 consecutive points in the first half and finished with five 3-pointers. Junior Marek Dolezaj posted his second consecutive double-double with 11 points and 11 rebounds, and redshirt junior Elijah Hughes contributed 17 points.

Notre Dame is coming off a 78-74 win against Georgia Tech. The victory improved its record to 11-6, including 2-4 in ACC play. The Fighting Irish are 9-2 at home this season, with losses to Boston College and Louisville.

Notre Dame is one of the best teams in the country at protecting the ball. The Irish ‘s 9.8 turnovers per game are second-best in the country, and they lead the nation in assist-to-turnover ratio (1.80). Notre Dame has 300 assists on the season and only 167 turnovers. It also has committed the least amount of fouls per game with 12.1 in the nation.