Buffalo’s AFC Wild Card playoff matchup was officially determined on Sunday. The Bills will travel to Houston to play the Texans next Saturday, Jan. 4 at 4:35 pm on ESPN/ABC.

It will be the first time in franchise history that the Bills play in Houston for a playoff game. 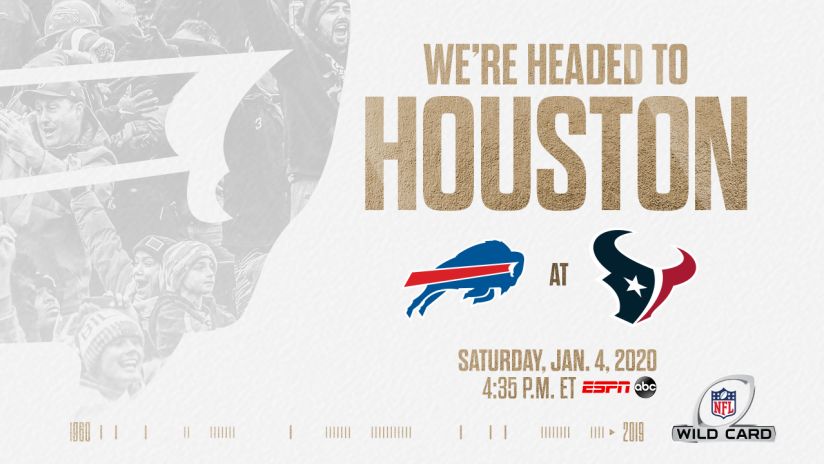 This marks the third straight time that Buffalo will face an AFC South opponent in a first-round playoff matchup. In 2017, they faced Jacksonville on the road, and in 1999 the Bills squared off against Tennessee.

The #Bills will play the Texans next week in AFC Wild Card game at Houston. Patriots slip to 3 seed via loss to Dolphins and Chiefs now get bye with win over Chargers. Pats to play 6 seed next week TBD.