Syracuse eliminated from ACC tournament with 11-10 loss to UNC

With 6:12 left in the game and Syracuse up 10-7 against North Carolina, the biggest lead of the game for either team, it appeared the Orange were putting the finishing touches on its first Atlantic Coast Conference tournament win since 2016.

The the Tar Heels stormed the Orange, ripping off three goals in 45 seconds to tie the game with 3:01 left. With 1:07 left, Matt Gavin dodged from behind the cage, ducked under two SU defenders and dropped a shot over Drake Porter’s left shoulder. 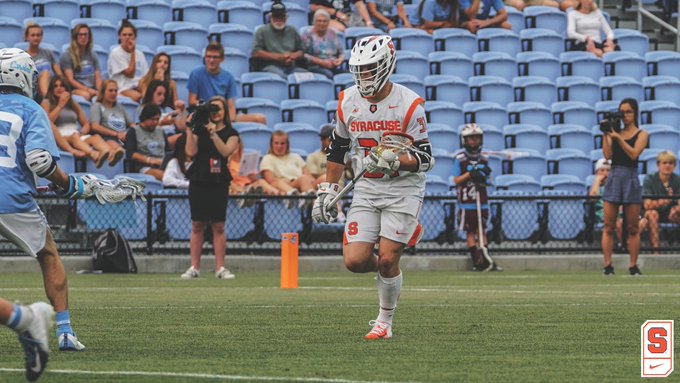 “I thought we felt a little too comfortable with too much time left,” John Desko said in his post game press conference.

No. 4 seed Syracuse (9-4, 2-2 ACC) fell, 11-10, to No. 5 seed North Carolina (8-6, 1-3) in the ACC tournament play-in game on Thursday night in Chapel Hill. Like the first matchup between the two sides, the teams played evenly through the first half, scoring four goals each in the first 30 minutes. But after putting the Tar Heels away with a 4-0 third quarter two Saturdays ago, the Orange couldn’t pull away and keep the Tar Heels out of reach.