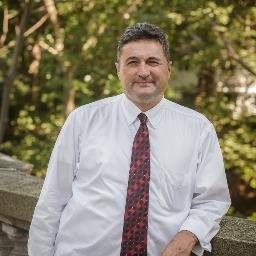 After a little over seven months on the job, Seneca County Manager Mitch Rowe said he can safely say that the state of the county is good.

“Despite the critical 2017 audit, we are now in a strong position,’’ Rowe said. “All of the corrections and adjustments recommended for 2017 have been made. Halle Stevens, our finance director, is doing well and I believe the reconciliations to our 2018 budget will soon be completed before auditors tell us we have to do them.”

“We are nine or ten months through the 2018 budget adjustments for grants and special district accounts. When Bonadio (the independent auditors that discovered the fiscal discrepancies) came in we were looking at more than a hundred adjustments. We’re at less than that now.”

Rowe said an update on the audit response will be given at the May Board of Supervisors committee meetings. “We should have a tentative report done by the end of this month,” he said.

Otherwise, Rowe said sales tax revenue for a county the size of Seneca is very strong.

“That revenue helps a lot with property taxes. That can change, but it is now trending upward. The arrival of del Lago Resort and Casino has helped by providing us with about $2.5 million a year,” he said.

The revenue received from the county’s 3 percent room occupancy tax, which the county is taking steps to increase to 5 percent, also has trended upward. Rowe said it has generated about $450,000 a year, up from around $200,000 not many years ago.

“The outlet mall in Junius has also been a steady generator of sales tax revenue for us,” Rowe said.

Rowe said the recent announcement that Hillside Children’s Center in Varick was closing at the end of the year was a blow. But he said the county’s Workforce Development staff, Industrial Development Agency and Finger Lakes Works are working hard with other employers to help Hillside workers find new jobs.