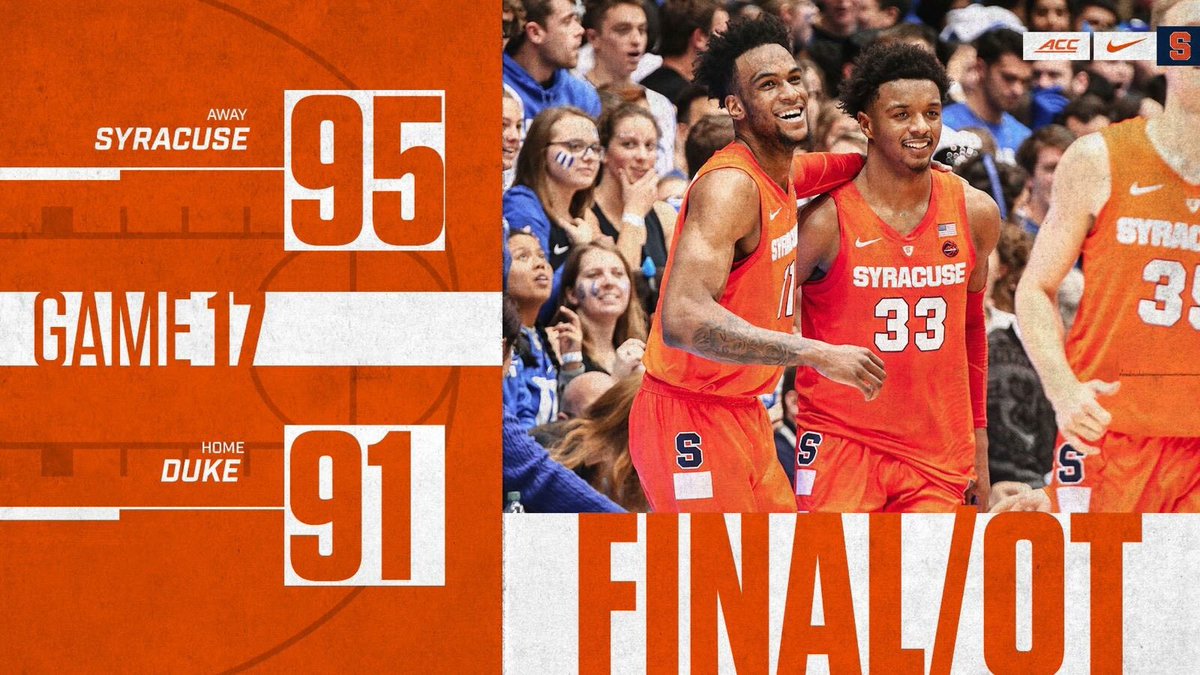 Tyus Battle was dominant with a team-best 32 points on a 12-of-28 shooting performance. Hughes contributed 20 points for the third time this season and his 10th consecutive double-digit scoring game. Frank Howard and Paschal Chukwu came up big for the Orange in the second half with 16 and 10 points, respectively. Chukwu posted a career-high 18 rebounds, marking the most by an individual in the ACC this season.

Duke was led by Zion Williamson’s career-high 35 points, the most by a Duke freshman in a single-game. Williamson paired his record shooting performance with 10 rebounds for a double-double.

We make the impossible possible https://t.co/AttUHl80KH

Told everyone all day that Cuse was about to shock the nation tonight and they all laughed…. Who’s laughing now ??‍♂️ #CuseNation ???

Syracuse has a quick turnaround as it heads to Durham, N.C. to face top-ranked Duke on Big Monday tonight. Tip time is set for 7 p.m. The game will be televised on ESPN and on the Watch ESPN app. Fans can also listen to the live broadcast on the Syracuse IMG Radio Network. 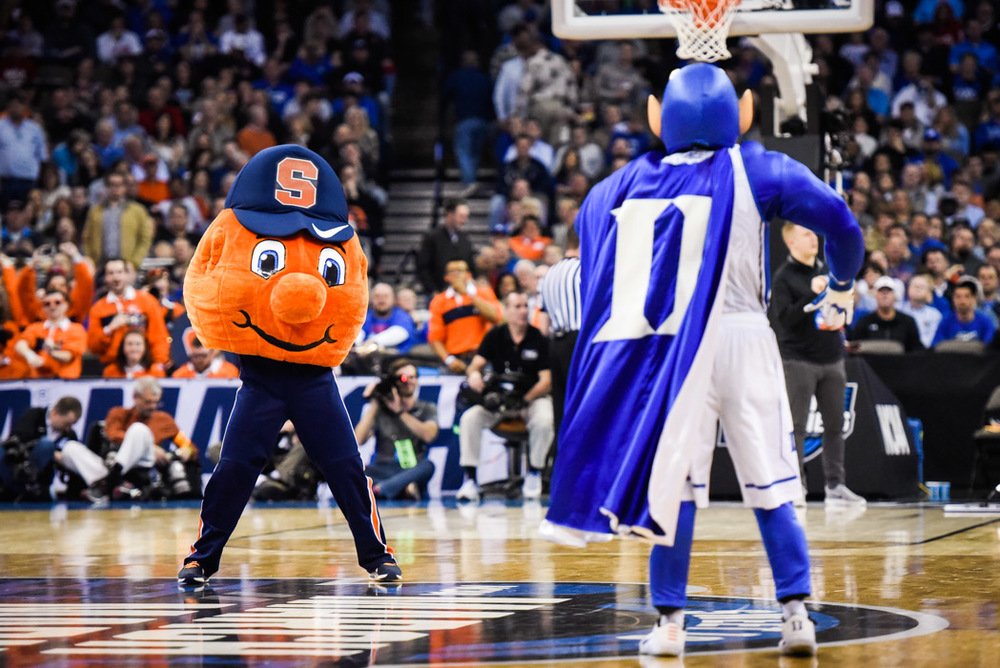 Syracuse had its four-game winning streak snapped in a 73-59 setback to Georgia Tech in the Carrier Dome on Saturday. It was the Orange’s first loss in ACC play after winning their first two conference games of the year. Syracuse enters Monday’s game with an 11-5 overall record.

Duke needed a last-second 3-pointer to defeat Florida State, 80-78, on Saturday in Tallahassee. The top-ranked Blue Devils extended their winning streak to nine and improved their record to 14-1 overall, 3-0 in ACC play.

SCOUTING REPORT: The Syracuse Orange are coming off of a atrocious showing on Saturday against Georgia Tech, but Duke cannot take them lightly

Everything you need to know about the Orange! #HereComesDuke https://t.co/E6Kh0FZSpT

Monday matchup: @theACC between @Cuse_MBB & @DukeMBB. But before we get there, we spoke w/ @KevinConnelly24 of @Ball_Durham to learn about the 5 things we need to know ahead of this game. Spoiler Alert #Orange fans, you aren't going to like what you read.https://t.co/eIvw84hSb1