The Schuyler County Coalition on Underage Drinking and Drugs(SCCUDD) held its 2nd annual Pizza Box Sticker Shock event in December 2021at area stores and restaurants that sell take-out pizza.  A sticker design contest was held for Schuyler county students to come up with the sticker that was to be placed on nearly 3,000 pizza boxes. All students attending Odessa-Montour Central School, Watkins Glen Central School, and Bradford Central School were eligible, including homeschool students residing in Schuyler County.

Stickers that were created were to have a message that informed about the dangers of underage drinking and drugs. The winning sticker design was created by Hanlon Elementary student Peter Dechow of Montour Falls. His message of “Pizza is good! Drugs are bad!  Which will you choose?” was placed on the nearly 3000 area pizza boxes.

Other entries were placed on SCCUDD multi-media during the month of December, and each contestant was to receive a SCCUDD “Shining Star” certificate in recognition of participation.  “Because of the continued amazing talent and dedication to prevention, we wanted to do something more for these students” stated SCCUDD Project Coordinator Ward Brower. 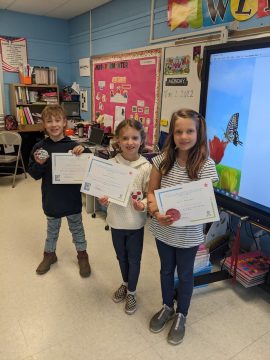 SCCUDD President Karen Thurston came up with the idea to turn all the contestant’s artwork into buttons that they could “wear their prevention message”. “It is so important for the youth to voice their own prevention message.  OMCS and Hanlon Elementary School are definitely the leaders of substance use prevention in Schuyler County and they should all be very proud of their efforts. ” stated Karen Thurston.

Schuyler County students will have another chance to show off their art, and create their own prevention messages as SCCUDD will be holding a contest for their 2nd annual Alcohol Retailer Sticker shock, where someone’s prevention message will be made into stickers placed on nearly 4,000 units of alcohol and retail bags between the last weeks of June and the 4th of July.  Those interested in the contest can contact their school’s main office or SCCUDD directly. 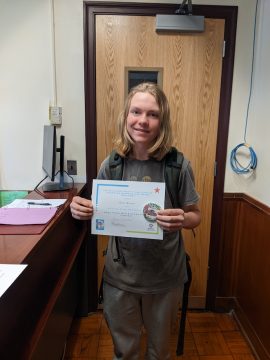 Stimulus gas rebates in California worth $1,050

5 hours ago
Residents in California will see stimulus gas payments worth up to $1,050 via direct deposit or a prepaid debit card ... MORE

Stimulus payments worth up to $1,500 sent to New Mexico residents

6 hours ago
Over 1.1 million New Mexican households are expected to benefit from stimulus payments worth up to $1,500 this summer. New ... MORE

Child tax credit worth $750 has a quickly approaching deadline

8 hours ago
Connecticut households that qualify for the child tax credit worth $750 must act fast. Applications are still currently open, but ... MORE

9 hours ago
The 2022 Delaware Relief Rebate Program was created to send stimulus payments to qualifying adults. The relief rebate is a ... MORE

Shrinkflation: Six items that you probably didn’t notice are affected

12 hours ago
Families are paying more for groceries and getting less thanks to shrinkflation. Here are six items that you probably didn’t ... MORE

12 hours ago
Officials say the continued warm and dry weather in Seneca County has led to one village being dealt a second ... MORE