Home » Valentine's Day » Why inflation is happening: Reasons prices are rising in 2022

Why inflation is happening: Reasons prices are rising in 2022 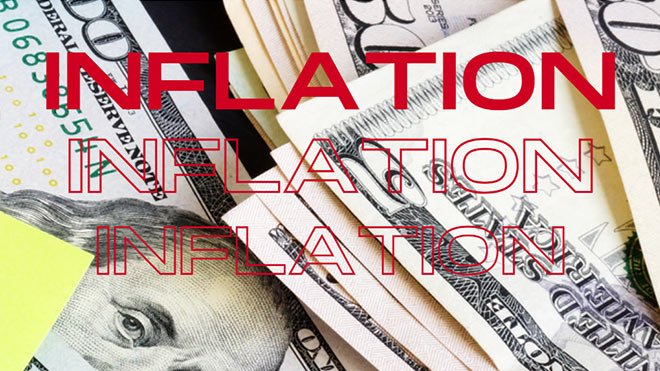 This can happen for a number of reasons, including:


Inflation can have both positive and negative effects on an economy. On one hand, it can lead to higher wages and increased spending power for consumers. On the other hand, it can also lead to higher prices for goods and services, which can put strain on businesses and families.

There are a number of ways to measure inflation. The most common measure is the Consumer Price Index (CPI), which measures the prices of a basket of goods and services that are typically purchased by consumers. The CPI is released monthly by the Bureau of Labor Statistics.

Inflation can be a difficult concept to wrap your head around, but it’s important to understand why inflation happens and how it can impact you and the economy.

Inflation is defined as a sustained increase in the general level of prices for goods and services. In other words, it’s when your dollar doesn’t go as far as it used to.

There are a number of factors that can contribute to inflation. One is simply an increase in demand. If more people want a product than there is available, sellers can raise prices without losing customers. This is called “demand-pull inflation.”

“Cost-push inflation” happens when businesses’ costs go up, so they pass the price increases on to consumers. For example, if the price of oil goes up, the cost of making and shipping products also goes up, so companies might raise prices to cover those increased costs.

Supply and demand are not the only factors that can lead to inflation, however. Inflation can also be caused by increases in the money supply. If the government prints more money, it devalues the existing money in circulation and leads to higher prices.


So why is inflation happening now? Many experts believe it’s a combination of both cost-push and demand-pull inflation. The COVID-19 pandemic has led to increased demand for certain products (like toilet paper and hand sanitizer) as people stock up on essentials. At the same time, businesses’ costs have gone up as they struggle to keep up with demand and find new ways to operate safely.

Why is inflation bad?

Inflation can be a good thing or a bad thing depending on how it is happening and what is causing it.

In general, inflation is bad for consumers because it means that their purchasing power decreases as prices go up. However, if wages are growing at the same time as prices, then workers will still be able to afford the same standard of living.

Why is inflation happening now in 2022?

So why are gas prices so high? A big reason is that the Russian invasion of Ukraine has caused oil prices to surge.

RELATED: Inflation: Gas prices will get even higher

Inflation is a rise in prices of goods and services in an economy over a period of time. Inflation usually happens when there is too much money chasing too few goods. In the early 2000s, the Federal Reserve kept interest rates low to try to stimulate the economy after the dot-com bubble burst. This led to more people borrowing money and spending it on goods and services. When there is more demand for goods and services than what is available, prices will go up as businesses try to make a profit. Inflation can also be caused by increases in the cost of production, such as higher fuel costs or wages.


In 2022, there are several reasons why inflation could be happening. The first reason is that oil prices have surged since the Russian invasion of Ukraine. This has caused the prices of gas and other transportation costs to go up. In addition, the Fed has been keeping interest rates low in order to stimulate the economy. This has led to more people borrowing money and spending it, which also contributes to inflation. Lastly, wages have been growing over the past few years, which also puts upward pressure on prices.