The recent raid of a local smoke shop by the Cayuga Nation Police Department prompted an unexpected reaction by the Bureau of Indian Affairs, partly because a concerned county resident raised alarm to federal officials.

“During the call, the agent advised Mr. Bowman the incident took place outside of OJS’s jurisdiction, and that the State of New York has jurisdiction over land owned by the Cayuga Nation,” Broyles wrote in an emailed statement to FingerLakes1.com.

“For additional questions regarding the Jan. 1 incident or the jurisdiction of the case, please contact the Town of Seneca Falls Police Department which is the lead agency for the incident,” she later continued.

Bowman, a vocal dissident of the Nation’s policing authority, is embroiled in a criminal prosecution from an alleged encounter with their law enforcement in February 2020.

Yet he witnessed the overnight raid of the Pipekeepers Tobacco & Gas unfold early New Year’s Day, resulting in the arrest of a Seneca Falls woman. 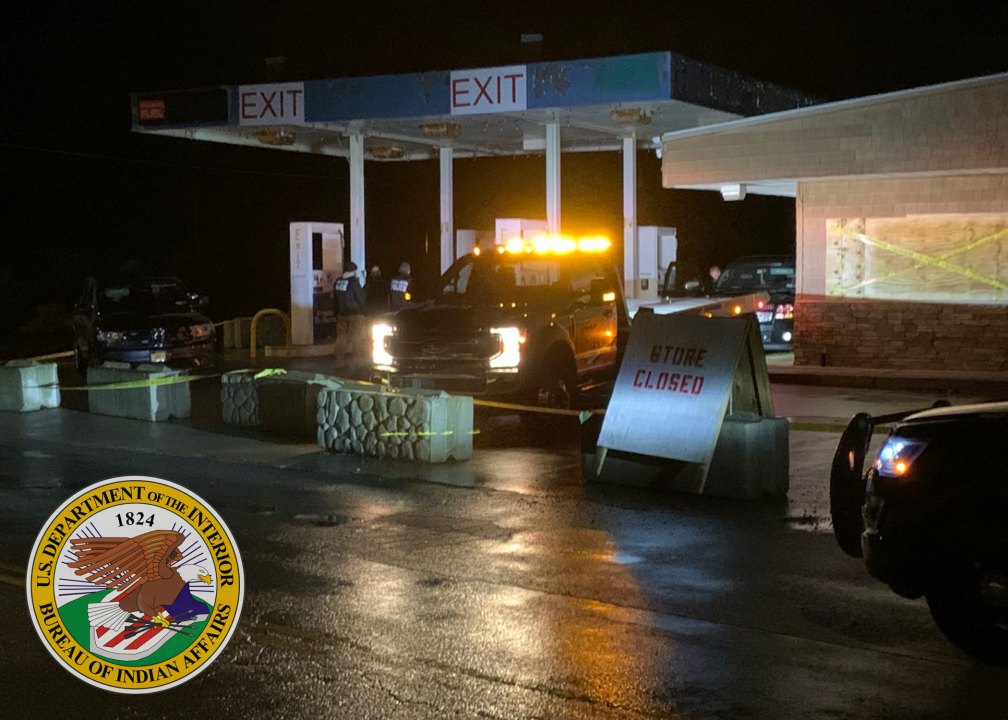 He still took to Facebook in the following days, unleashing an emotionally charged rant after chatting with Leonard for nearly 20-minutes while learning firsthand that local and state officials are primarily at fault for failing to intervene — not the federal government.

“Clint (Halftown) cannot do the things he just got away with. This is something that needs to be brought to the attention of our officials. This is plain and simple domestic terrorism,” Bowman said. “You don’t come in the middle of night, under the cover of darkness with mercenaries just to close a store down. That’s not the way things work.”

Despite Leonard calling Peenstra, the town police chief says “there were no significant takeaways” following their conversation — even in the aftermath of the raid.

“The Seneca Falls Police Department will continue to ensure everyone, no matter race, color, or religion, is treated fairly and thoroughly investigate any crimes within the Town of Seneca Falls,” Peenstra told FingerLakes1.com.

“In other words, nothing has changed since Darryl LaCounte issued his June 2019 letter confirming the Nation’s law enforcement authority,” Stagliano wrote in an email on Wednesday, Jan. 5.

She also mentioned that Bowman never spoke to Leonard, but rather “only a randomly assigned agent responding to inbound inquiries.”

This development came during Lincoln’s conversation with the federal agency from earlier today, according to a press statement.

Editor’s Note: Broyles confirmed that Bowman spoke with a special agent — not Leonard — who has been in close contact with the Seneca Falls Police Department, according to an email sent on Thursday, Jan. 6. Although Leonard didn’t speak to Bowman, he did, however, communicate with Peenstra on Monday, Jan. 3, as previously reported.

Expanding upon her original statement, Broyles also wrote that the incident at Pipekeepers Tobacco & Gas “was not specifically part of the conversation between Mr. Bowman and the BIA Agent” and only about him claiming to be the victim of an alleged assault at the hands of the Cayuga Nation Police Department.

“Because Mr. Bowman is a non-native, the agent referred him to the Seneca Falls Police Department, which has jurisdiction over non-native individuals who are alleged to commit crimes on the Cayuga Nation,” she wrote.

“The Nation maintains both criminal and civil jurisdiction over Native Americans within the exterior boundaries of their reservation,” Broyles later added.