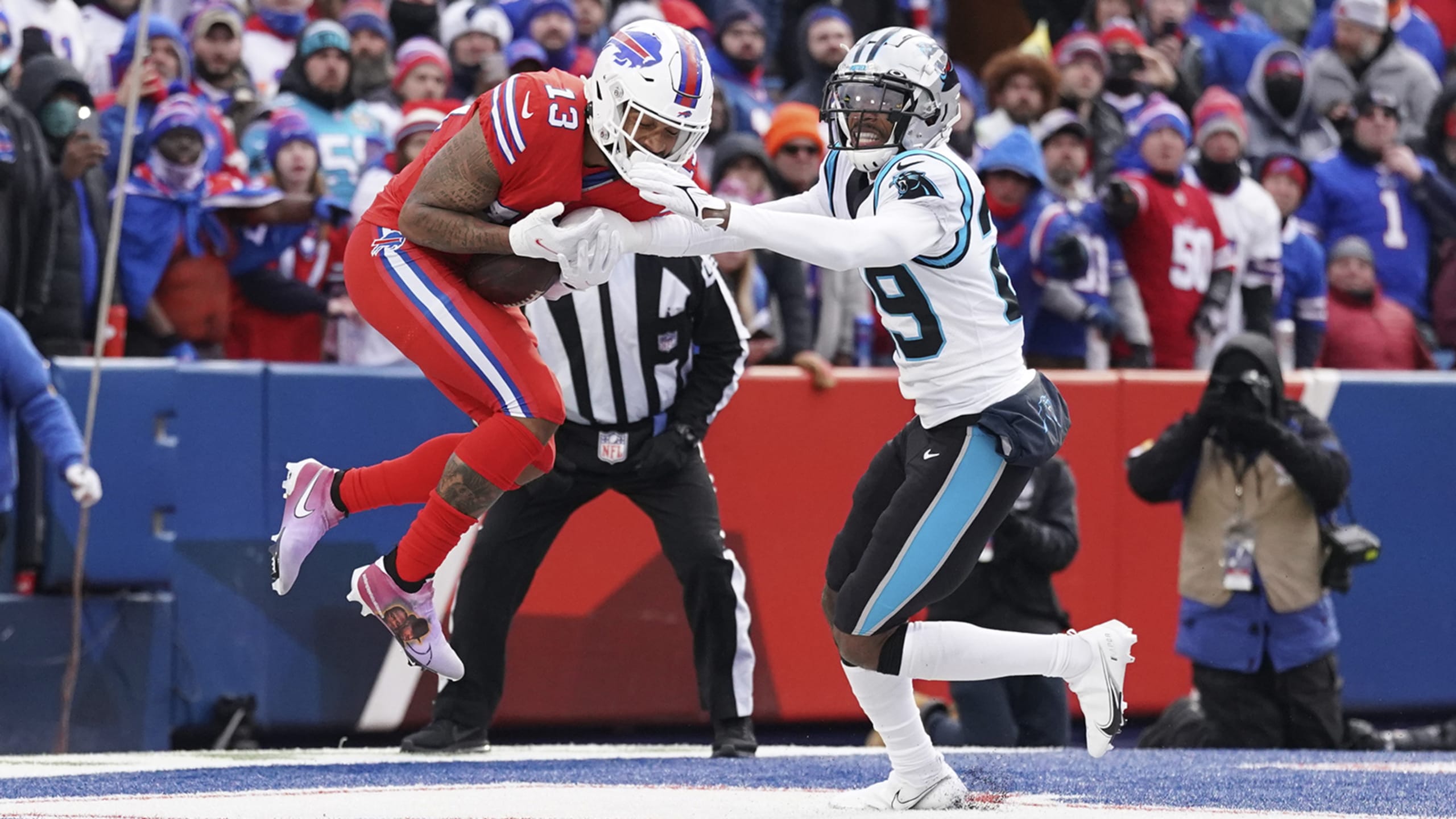 Already depleted at wide receiver and on the offensive line, the Bills learned their situation is getting worse.

Davis joins Cole Beasley among receivers on the list and Ford joins Dion Dawkins and Jon Feliciano. Defensive end A.J. Epenesa also is on the COVID list. Linebacker Tyrel Dodson was activated from the list Thursday. The Bills would need to elevate several players from the practice squad for Sunday’s game against the New England Patriots.

Davis is unvaccinated, according to ESPN, meaning he will miss 10 days under the NFL’s COVID policies and also would be out for next week’s game against the Atlanta Falcons.

Davis had the Bills’ lone touchdown in the last meeting with the Patriots, and has had four TDs in the last three games.

The Bills could have Emmanuel Sanders in the lineup since he was a full participant Thursday as he deals with a knee injury. McDermott said Sanders will get a veteran rest day Friday.