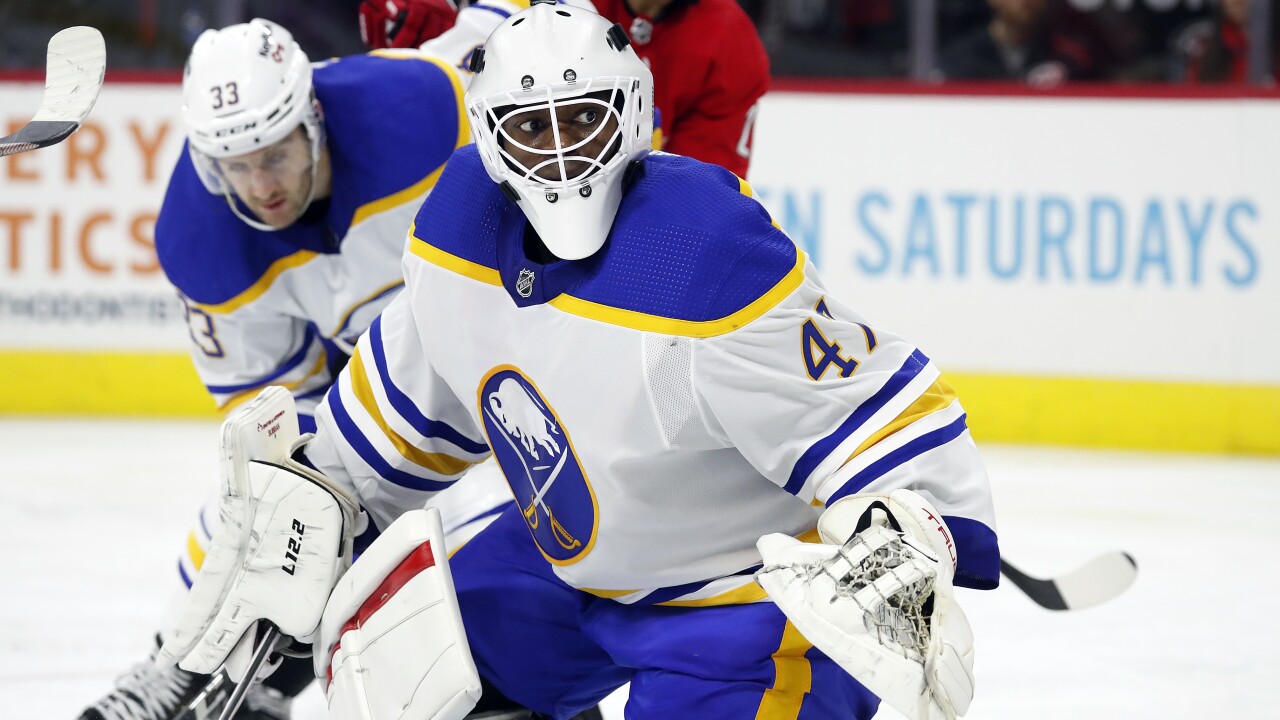 The goaltender, acquired in a trade with Chicago on Thursday, left the 6-2 loss to the Carolina Hurricanes at PNC Arena midway through the third period. During a stoppage in play, he headed to the dressing room with the team’s trainer.

He had stopped 19 of 25 shots to that point and was replaced by Aaron Dell, who stopped four shots in the game’s final 10:03.

Buffalo was 1-for-3 on the man advantage and did not have to kill a penalty, although they did give up a shorthanded goal during a five-minute power play.

Carolina has now won its last 11 games against Buffalo. The Sabres are 0-7-4 against the Hurricanes in that span.