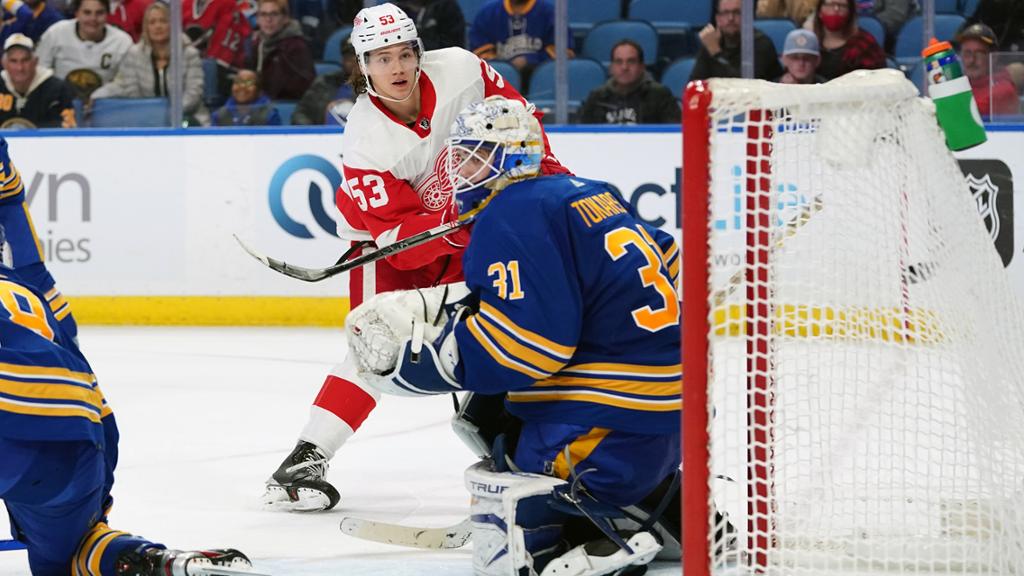 The Buffalo Sabres picked up a point as they battled against a strong rally from the Detroit Red Wings in a 4-3 overtime loss on Saturday at KeyBank Center.

For Buffalo, Tage Thompson, Rasmus Dahlin and Arttu Ruotsalainen scored. Dustin Tokarski turned aside 29 of the 33 shots he faced.

Buffalo’s power play finished 1-for-2 and the team was 2-for-2 on the penalty kill.

The Sabres are 0-3-1 over their last four games.