Unvaccinated healthcare workers who took advantage of a religious exemption can keep working. Hospital leaders say that exemption has been vital to keeping staffing levels afloat since the mandate took effect – resulting in dozens, if not hundreds of resignations. The deadline came and went in late September, and healthcare facilities were hit by a wave of resignations.

While there are not too many individuals who sought a religious exemption via the state’s COVID-19 vaccine mandate – a federal court ruling means employees who opted out due to religious beliefs can continue working unvaccinated.

“My responsibility as Governor is to protect the people of this state, and requiring health care workers to get vaccinated accomplishes that. I stand behind this mandate, and I will fight this decision in court to keep New Yorkers safe,” she said in a statement after the court ruling.

At Thompson Health there are 68 unvaccinated people working with a religious exemption. They are getting tested for the virus weekly. However, CEO Mike Stapleton tells 13WHAM News that the staff have proven to be vital to patient care – and if the mandate meant losing those 68 workers – it could have been much worse.

Before the mandate took hold 52 employees resigned rather than getting vaccinated. There were a total of 280 open positions.

“We didn’t want to lose those associates on top of everybody else we already lost,” Stapleton told 13WHAM News. “That’s just the reality of what we’re dealing with. This isn’t unique.” 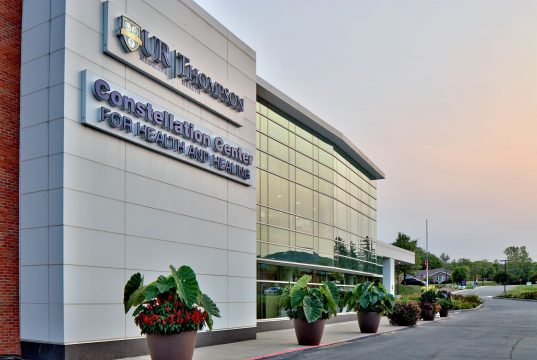