U.S. Customs and Border Protection have seized over 6,000 fake vaccine cards from China

Over 6,000 fake vaccination cards coming into the country have been seized by U.S. Customs and Border Protection.

Most recently, Pittsburgh CBP has seized the second of two shipments filled with counterfeit cards on Sept. 7.

There were two packages filled with cards the CBP took, being mailed to an address of someone not involved with the CDC.

Aug. 24 a package of 20 fake vaccine cards were seized, and the most recent had 50 cards, both to be sent to a Beaver County, PA resident.

Both packages came from China. 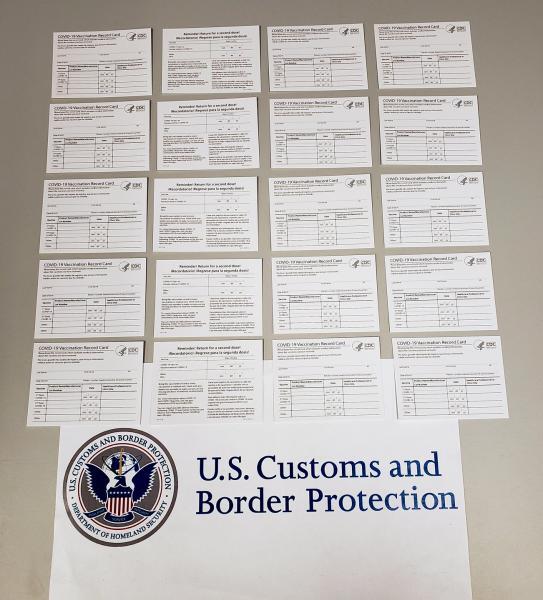 6,000 cards have been seized by CBP in Alaska, Memphis, and Chicago alone.