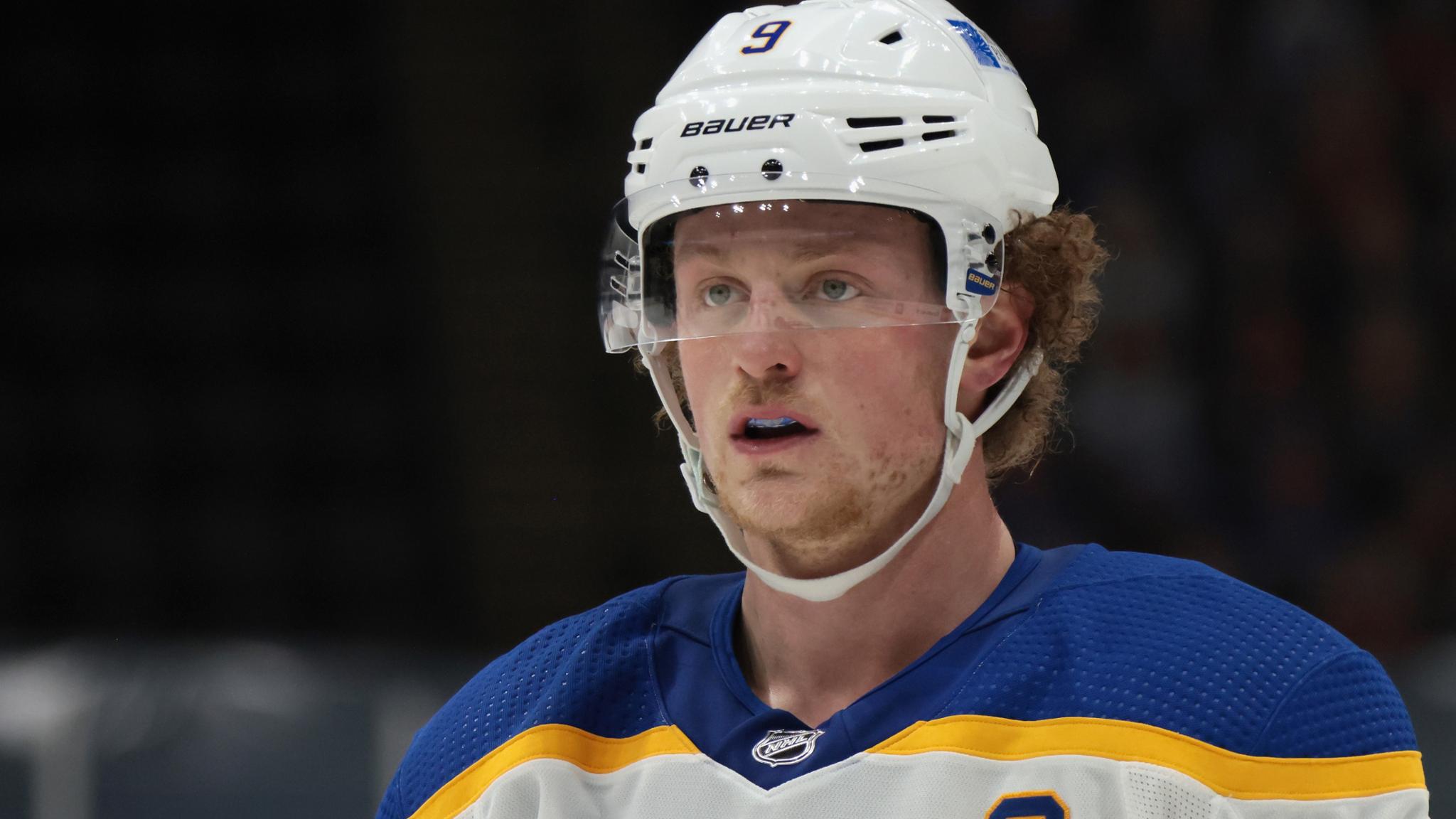 Jack Eichel no longer is captain of the Buffalo Sabres.

General manager Kevyn Adams announced the decision Thursday after Eichel failed his training camp physical because of a herniated disk in his neck and was placed on injured reserve. Adams said the Sabres will not name a captain this season.

“I spoke to Jack two days ago, I spoke to the team yesterday and addressed this,” Adams said. “From our perspective, the captain is your heartbeat of your team, and we are in a situation where we felt we needed to make that decision. … There’s a lot of voices in there that are strong, that are good pros. So we’ll just, instead of rushing into that, we’ll just let it play out.”

Eichel was named captain Oct. 3, 2018, one year to the day after he signed an eight-year, $80 million contract ($10 million average annual value).

The 24-year-old center has been the subject of trade rumors in part because of a disagreement with the Sabres on how to treat his neck injury, which kept him out of the final 33 games of last season.

“What I would say was we’re open to [a trade],” Adams said. “Like I’ve said before, with any player, how do we make our organization better? We have a plan. We are going to stick to our plan in the short term, a little bit medium and then longer term we’re going to stick to it. … I’m not going to get into predicting the future. What I can say is when it’s the right time that we have a solution, we’re going to make the right decision.”

Eichel had expressed interest in an artificial disk replacement surgery while the Sabres have said their doctors aren’t comfortable with a procedure that has not been performed on an NHL player and preferred an approach of rest and rehabilitation.

Adams said Thursday Eichel will now need neck surgery but that the two sides still disagree on what the procedure should be. He said Eichel has declined a fusion and the Sabres do not want him to have the disk replacement.

“At this point, Jack is not willing to move forward with what are doctors are suggesting is the fusion surgery,” Adams said. “So we’re going to continue to work towards solutions. … What I can tell you is we have absolute trust in our doctors. They are the medical experts. They’ve been consistent since Day One. As I mentioned first and foremost, the health of Jack as a person not the hockey player. Secondly, how do we get through a process where you’re hoping to avoid surgery and getting a player back on the ice?

“I give I give Jack a lot of credit in terms of doing his research and trying to understand different options. But, you know, our doctors have been clear from the beginning. If we got to this point, that’s where they felt they would be comfortable.”

Eichel, who will continue his rehab, recently changed agents and is now represented by Pat Brisson, whose clients include Pittsburgh Penguins center Sidney Crosby and Toronto Maple Leafs center John Tavares. He was previoulsy represented by Peter Fish and Peter Donatelli.

“I’ve spoken to his previous agents daily, Pat Brisson daily,” Adams said. “There’s been a lot of communication. Jack’s here for his physical. He made it clear to me that he doesn’t want to be a distraction. He doesn’t want to take away from what we are trying to build here, so he will continue his rehab, not necessarily in this facility on a daily basis, but then we’ll work toward where we go from here.”

“You know this is an elite franchise player in his prime, under contract, and we need to, as an organization, move forward but we can’t compromise on certain things that we believe,” Adams said. “We’re going to work at it. Every day we do. We have in the past and we will continue to.”

Adams was asked if Eichel had played his last game for the Sabres.

“I would probably suggest that everyone in this room and across the hockey world believes a healthy Jack Eichel is a franchise player and these type of situations don’t come up very often where players are moved,” he said. “I know there have been a lot of things speculated. We believe there’s value on Jack Eichel and we will do what we need to do as an organization to do the best we can moving forward and that’s how we’re going to do this.”

“Jack’s one of the best players in the world,” Adams said. “And that’s why I say having him healthy playing is what we all want. So we’ll continue to look at every possibility of how we get there. And then if there’s an opportunity to do something that we think’s right for a franchise, we’ll do it.”