Home » Valentine's Day » IRS refunds for unemployment: Here’s what you need to know about payments

IRS refunds for unemployment: Here’s what you need to know about payments

For months the IRS has been working to clear a massive backlog of unprocessed tax returns. Many Americans are owed hundreds – if not thousands of dollars – as part of unemployment refunds.

In short, these tax filers overpaid on unemployment benefits when filing taxes in the spring. Amendments were made to tax law as part of the American Rescue Plan. This meant millions of payments needed to be made on top of stimulus checks and child tax credit payments. Of course, the IRS also had traditional tax refunds to complete.

RELATED: Unemployment claims are on the way back up (Forbes)

There’s indication that the IRS is making solid progress on its backlog, which could mean that unemployment refund checks could be deposited in the coming weeks.

While some were concerned about the backlog lasting into 2022 – the IRS managed to shrink the overall backlog of unprocessed tax returns from 35 million in early August to around 8 million in September.


How much will the average IRS unemployment refund be?

It depends on your individual situation, but the IRS indicates that the average refund is around $1,600. Some will get more or less, but the average is based on what the IRS has left to process from 2020.

As of late-July over $10 billion in unemployment refunds had been sent out to more than 8.7 million people.

“The IRS effort (is) focused on minimizing burden on taxpayers so that most people won’t have to take any additional action to receive the refund,” the agency said. “The IRS review means most taxpayers affected by this change will not have to file an amended return because IRS employees have reviewed and adjusted their tax returns for them. For taxpayers who overpaid, the IRS will either refund the overpayment or apply it to other outstanding taxes or other federal or state debts owed.”

RELATED: Audit letters being sent to millions of Americans due to issues with 2020 tax returns

What are families doing who are waiting for IRS unemployment refund payments?

For many taxpayers – the waiting game has become a frustrating one.

“We’ve been waiting for months,” Gordon Blankenship told FingerLakes1.com. “The IRS is incompetent. We gave up waiting for our money.”

Like countless others, Blankenship did everything he was supposed to do while filing his 2020 tax return. “My girlfriend of 19 years is going through the exact same situation,” he added. “We’ve received nothing, even though the IRS website shows that we’ve done everything there is to do.”

One sad reality of this ongoing situation is that many families are giving up. Especially those who have been dealing with the hardest financial situations throughout the pandemic.

“We just want to know what to do to make it right,” Jessica Montelle told FingerLakes1.com. This single mom has been picking up part-time jobs in addition to her full-time work, but due to all of those jobs being low paying – the unemployment refund will come in handy. “My son has needs and I’m doing the best I can, but this money should have arrived months ago, and now it will be like another stimulus check. It’ll go a long way now that he’s back in school.” 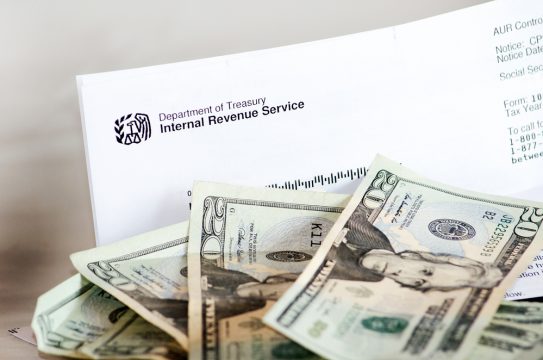