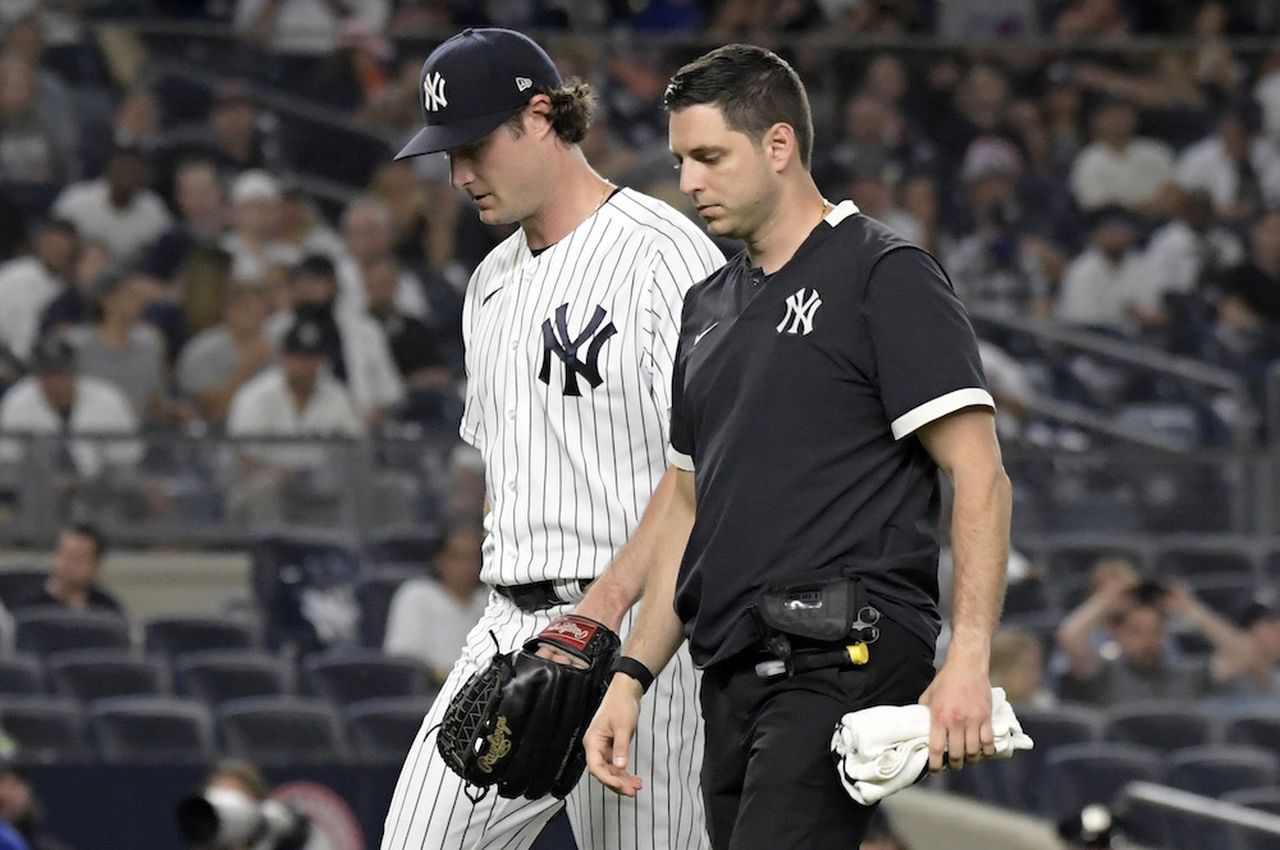 The Yankees seem to believe they have avoided the worst after Gerrit Cole left Tuesday’s start with left hamstring tightness.

“Went through some testing, and that went well. … He’s encouraged. I don’t think we have anything definite yet,” Boone said. “I think the next 24-to-48 hours it’s gonna determine where we move and how he responds. But I think he was encouraged by how he felt coming in here and the start of going through some different treatment things and what he’s able to workload-wise handle.”

Cole has not received an MRI yet, but Boone said “we’ll see if that’s in the cards.”

After Tuesday’s game, Cole was non-committal about making his next start, but was cautiously optimistic.

“It’s tough to say right now. I’m obviously disappointed about the outcome of today, but I kind of want to reserve judgement until we see how this thing kind of reacts the next 24, 36 hours,” Cole said. “I guess maybe even for my own mentality, I want to make sure I am good if I’m good, or if I need a few extra days I need a few extra days.”

The Yankees can ill-afford to lose Cole for any amount of time, as they have lost eight of their last 10 games and lost three games in the Wild Card race.

Cole is currently the frontrunner to win the American League Cy Young Award, as he leads the AL in complete games, K/BB, FIP, and WHIP, while leading the majors in strikeouts and K/9.