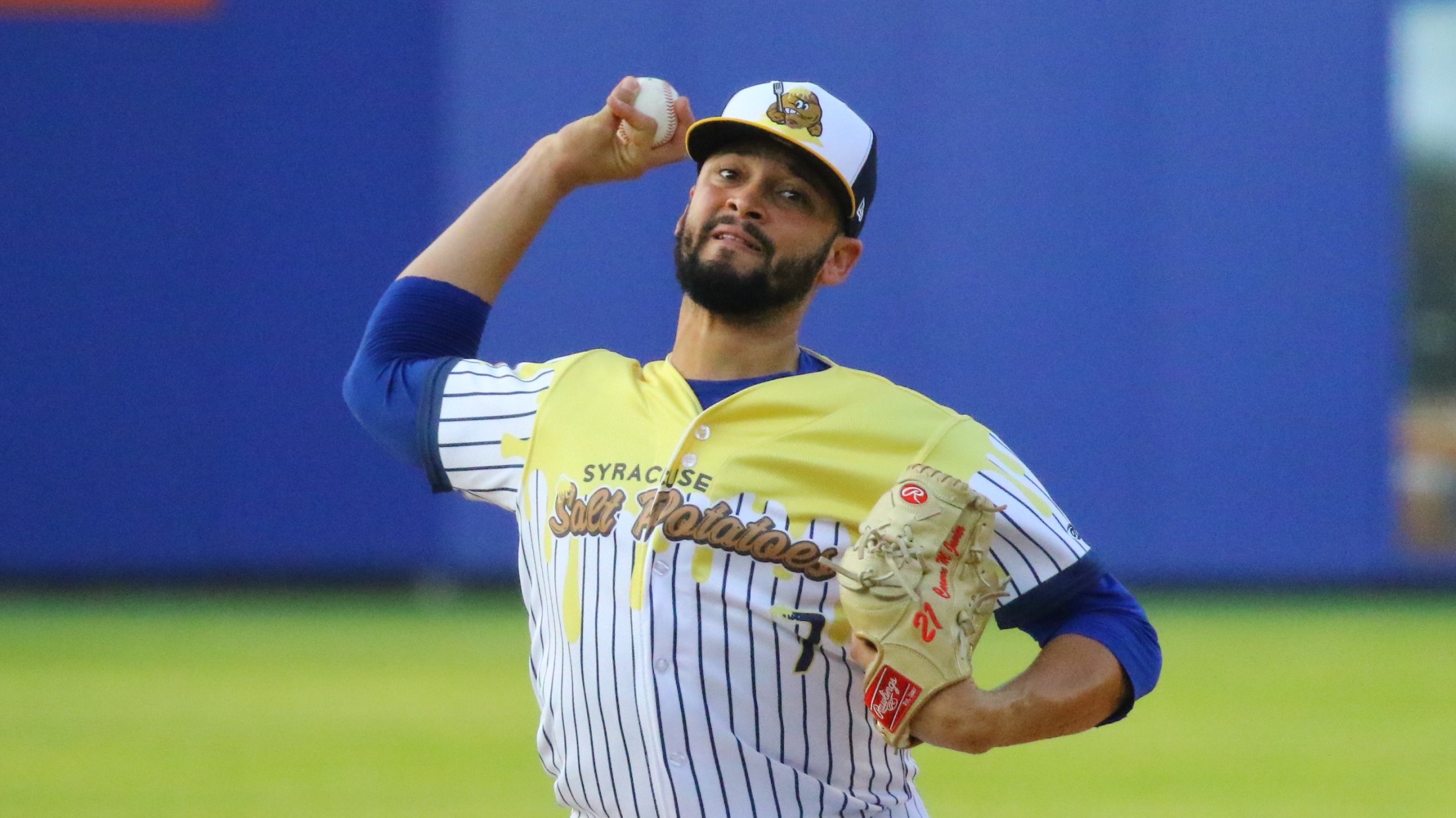 Syracuse (39-60) erupted for a five-run bottom of the third inning, scoring all runs with two outs. There were two outs and no one on base when Mark Payton singled. Next, Khalil Lee walked. and Luis Guillorme was hit by a pitch to load the bases. Albert Almora Jr. followed and chopped an RBI infield single toward third base to score Payton and give the Salt Potatoes a 1-0 lead. Travis Blankenhorn then came to the plate and drilled a bases-clearing, three-run double to right-center field to make it 4-0 Syracuse. That wasn’t all for the Salt Potatoes, as Wilfredo Tovar hit an RBI single to hand Syracuse a 5-0 lead.

Rochester (43-55) responded with a two-run fourth inning. Keibert Ruiz worked a leadoff walk, and then Daniel Palka doubled to advance Ruiz to third base. Jake Noll followed with a single, scoring Ruiz to put the Red Wings on the board and make it 5-1 with Syracuse still in front. Mike Ford then grounded into a fielder’s choice that scored Palka from third to cut the deficit to three, 5-2.

Jesús Reyes turned in a solid start for the Salt Potatoes, delivering five and two-thirds innings, walking two and striking out two.

Rochester continued to cut into the deficit in the seventh. With one-out, Andrew Stevenson swung and missed at a ball in the dirt for strike three but the ball got by Syracuse catcher Martin Cervenka and Stevenson was able to reach first base. Ruiz then flied out for the second out. After Palka walked, Noll singled to score Stevenson and get the Plates within two, 5-3 Syracuse.

Bradley Roney came out of the bullpen for Syracuse to pitch the eighth and ninth innings and retired six of the seven batters he faced for the six-out save. The 28-year-old reliever didn’t allow a run or hit, walked just one, and struck out two batters. Roney has now pitched eight consecutive scoreless and hitless innings in his last seven outings.

Syracuse and Rochester will wrap up their six-game series at NBT Bank Stadium on Sunday. First pitch is set for 1:05 p.m.