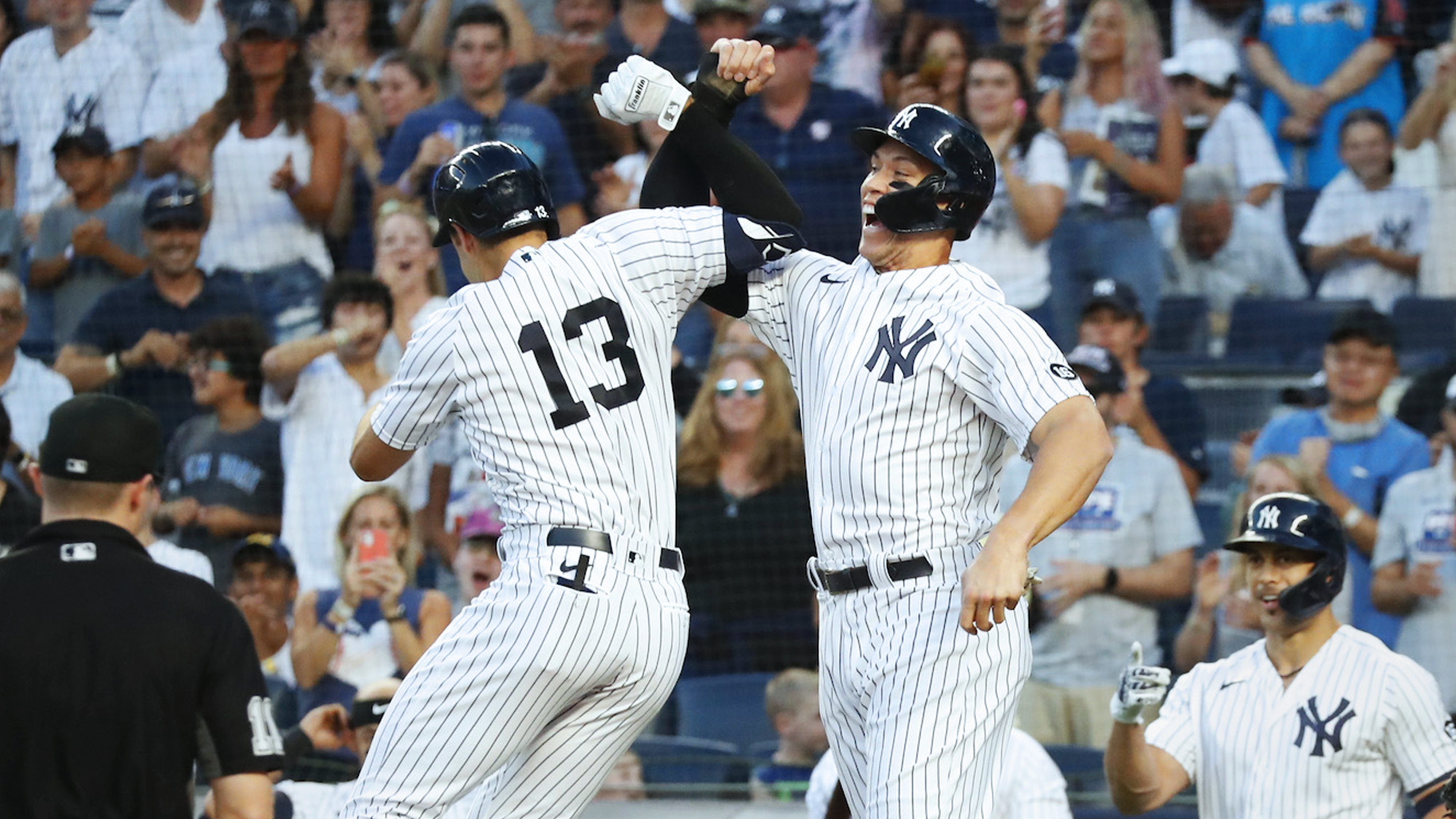 During his two-week absence from the Yankees’ starting rotation, Gerrit Cole first kept his skills sharp by playing catch with his wife, Amy, then progressed to workouts with teammate Jordan Montgomery and finally an outing in the bullpen. The ace gave up no hits over that time, and the Angels didn’t fare much better.

Cole struck out nine over 5 2/3 strong innings of one-run ball in his return from the COVID-19 injured list and Joey Gallo mashed a two-run homer — his third long ball in three games — as the Yankees edged the Angels, 2-1, in a makeup game on Monday evening at Yankee Stadium.

Justin Upton’s first-inning homer was the only blemish on Cole’s line, as the right-hander allowed just two hits with a walk over a 90-pitch effort. Cole hadn’t pitched since July 29 at Tropicana Field, and though Cole lost a few pounds due to the illness, he touched 100 mph while generating 16 swings and misses.

Gallo’s homer, his 29th of the season and fourth as a Yankee, produced the Yanks’ only scoring off left-hander José Suarez. In the sixth, Suarez walked all three batters he faced, but the Yanks let reliever Steve Cishek off the hook as Giancarlo Stanton struck out and Luke Voit bounced into a double play.