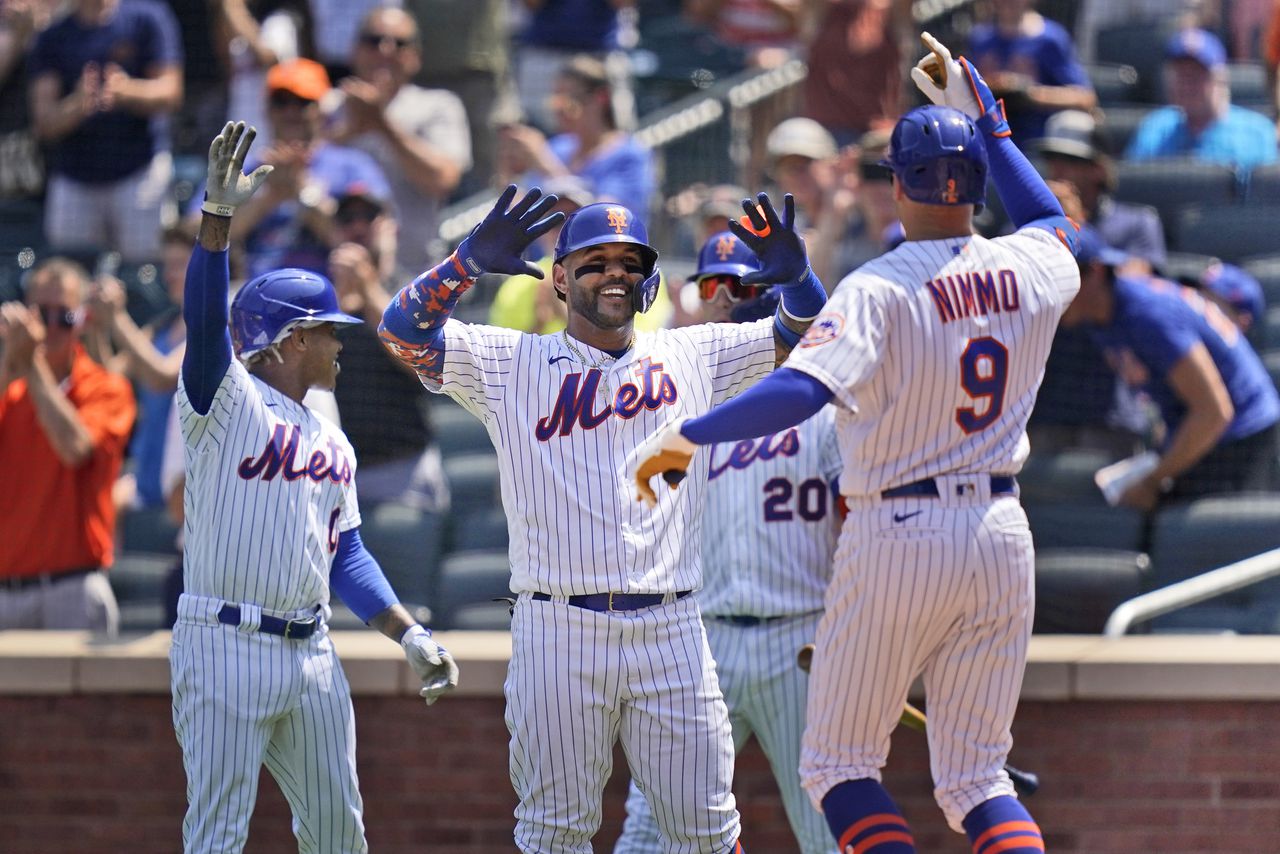 With temperatures at Citi Field soaring into the mid-90s on Thursday, stamina was always going to be an issue. So it was little surprise to see Mets pitching coach Jeremy Hefner jog out to the mound in the fourth inning with a bottle of water, which Marcus Stroman promptly chugged.

Aside from that minor delay, Stroman did not let the heat affect him in Game 1 of a doubleheader against the Nationals, which the Mets won, 4-1. Even as his production has flagged a bit in the second half, Stroman has remained consistent from start to start, giving the Mets 5 1/3 innings of one-run ball on this occasion. He’s pitched between five and six innings in seven of his last eight starts, allowing more than three earned runs in those outings just once.

Sharp from the start, Stroman took advantage of home-plate umpire Sean Barber’s strike zone to catch consecutive batters looking en route to striking out seven of the first 17 men he faced. Stroman finally ran into trouble in the sixth inning, after allowing the first three batters to reach base. But shortly after Victor Robles hit an RBI double off Stroman, reliever Aaron Loup entered to induce an inning-ending double play.

The Mets had entered that inning with a comfortable lead thanks to Brandon Nimmo, who hit a three-run homer in the second inning and singled home another run in the fourth. Nimmo’s four RBIs matched his career high.