Home » Chance The Rapper » Bills DE Efe Obada wants to be known as a player, not a story

Bills DE Efe Obada wants to be known as a player, not a story 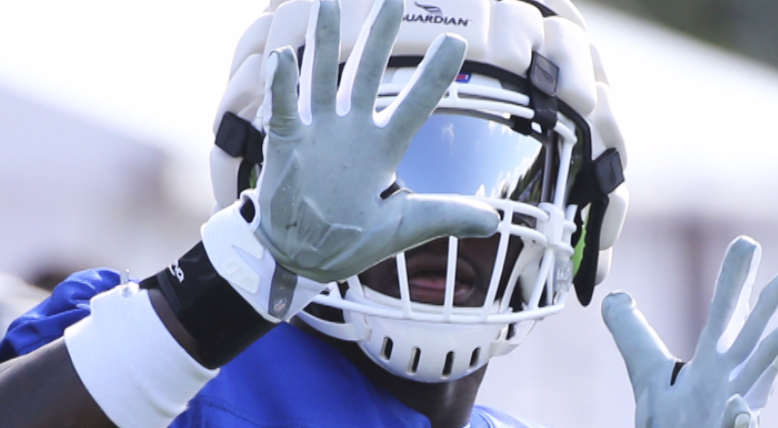 This Bills defensive line room is loaded with talent and come cut down day, the coaches are going to have some tough decisions to make.

But this is exactly the situation they wanted, having too much talent to choose from after putting an emphasis on improving their pass rush by adding guys not only in the draft but free agency as well. That’s where Efe Obada comes in.

A lot of the attention goes to Greg Rousseau and Boogie Basham when talking about the new faces on the defensive line but Obada is having a nice camp and has flashed at times so far. It also helps he is coming off his best season in the NFL with 5.5 sacks and 15 QB hits last year with the Panthers.

“It’s no secret, I love rushing the passer so you just continue adding to that, just making it more instinctual in terms of my reaction and things like that and then just add to my run game,” Obada said after practice on Monday.

“I think that’s something that I definitely want to add too so I can be an all down type player and just contribute in every aspect whether it’s from inside or outside and that’s kind of what I’m developing right now with my run game from the outside and both inside and then also just being able to be versatile and just add depth and value anywhere on the line.”

Efe Obada signed with the #Bills in April and a big reason he came to Buffalo was to be reunited with former Panthers defensive line coach/defensive coordinator, Eric Washington.

Obada’s journey to the NFL makes it even more impressive what he did last season and what he’s learned so far in his short not just NFL career but football career in general. Obada became the first player to make a 53-man roster out of the NFL’s International Player Pathway Program in 2018.

He didn’t start playing until 2014 in London where he joined the British American Football Association. Now looking back at that time and what it took to get here, Obada says he often thinks about the journey.

“Every day, every day, like every single day,” Obada smiled.

“I’m lucky enough to be able to not be from here so I can appreciate it so much more but that’s also what lights a fire in me because I know that there’s no other opportunity like this out there.”

But the odds Obada overcame not just on the field to get where is he is impressive, but also what he conquered off the field. Obada was born in Nigeria and at age 10 he and his sister were brought to London and immediately endured pain. They were homeless for a short time before starting to live in foster homes, which they were in and out of for the rest of their childhood.

#Bills DE Efe Obada's journey to the NFL is remarkable. Not only is he the first player from the NFL's International Pathway Program to make a 53-man roster, he also had to overcome an extremely difficult childhood in London where he was in and out of foster homes. pic.twitter.com/4x2DnGysyT

And while it’s amazing what he was able to escape, that’s not what he wants to come to mind first when thinking about him.

Regardless of the past, one thing is certain Obada is making a strong case to once again land a spot on a 53-man roster in Bills camp this season so he’s one player to keep an eye on during these upcoming preseason games.

“I just appreciate it for what it is and I’m able to enjoy it for as long as I have it.”