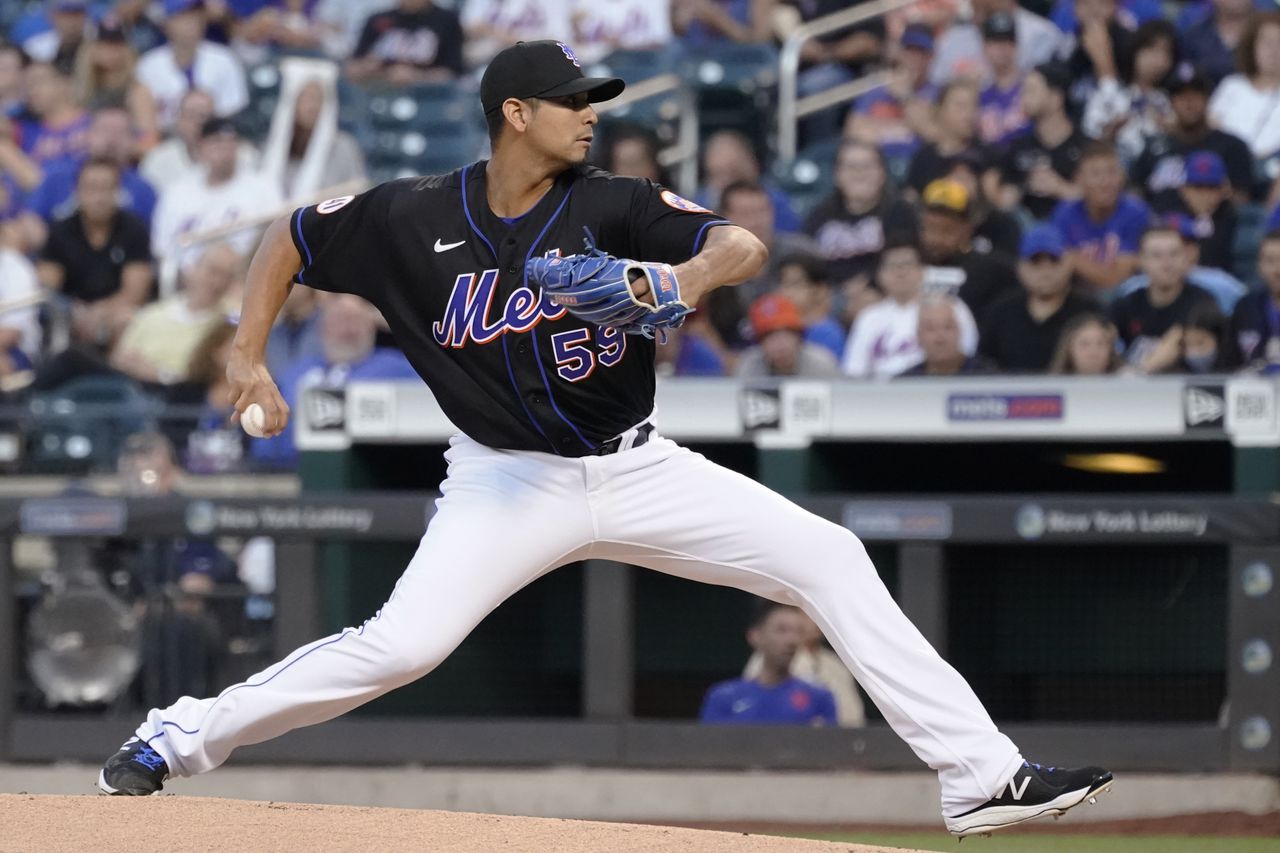 Carlos Carrasco may have missed nearly two-thirds of the season, but he’s back. And his importance to the Mets has never been higher.

Carrasco pitched four strong innings Friday in his long-awaited return from the injured list, mere hours after the Mets learned that Jacob deGrom will likely remain sidelined until September. deGrom’s absence, combined with the Mets not landing an impact starter before the Trade Deadline, has increased the team’s reliance on Carrasco over the season’s final two months.

The right-hander showed flashes of his ability to meet those expectations in holding the Reds to one run over four innings of a 6-2 loss at Citi Field. Carrasco’s Mets debut began inauspiciously, when he allowed a Jonathan India leadoff homer on his first pitch. But he scattered just two other hits and a walk before departing. The Mets limited Carrasco to 58 pitches because he did not stretch out fully before ending his Minor League rehab assignment.

That process should finish over the next few weeks, as Carrasco joins a rotation that — for now — also includes Marcus Stroman, Taijuan Walker, Rich Hill and Tylor Megill. With little obvious depth in the Minors, the Mets will rely on those five to stay healthy and productive. They’ll also depend upon their offense — boosted by Deadline acquisition Javier Báez — to do more, after mustering just two runs in Friday’s loss.