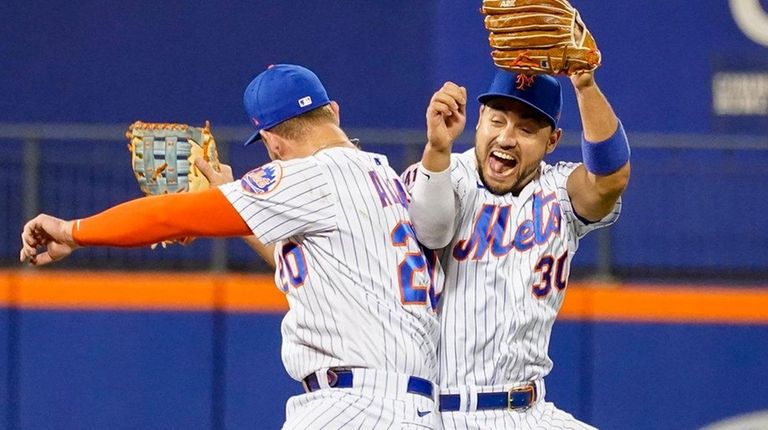 A key member of the replace-Mets earlier this season, Brandon Drury lost his job when the Mets’ regulars grew healthy, and that could have been that. But since the Mets came calling again late this month, Drury has answered in emphatic fashion.

The veteran’s pinch-hit homer in the seventh inning Wednesday gave the Mets the lead in a game they went on to win, 2-1, over the Braves at Citi Field. The Braves came inches away from tying the score with one out in the 9th, but Michael Conforto made a perfect throw to nail Abraham Almonte at the plate after Ehire Adrianza’s single.

The homer was Drury’s sixth hit in as many at-bats since returning from the Minors earlier this week. It was also Drury’s third pinch-hit homer of the season, after he hit none over the first six years of his career.

Given a late lead, the Mets’ bullpen did the rest, with Jeurys Familia escaping a key jam in the eighth. Edwin Díaz pitched the ninth to nail down his 23rd save, while Tylor Megill received a no-decision for his 5 1/3 innings of one-run ball.