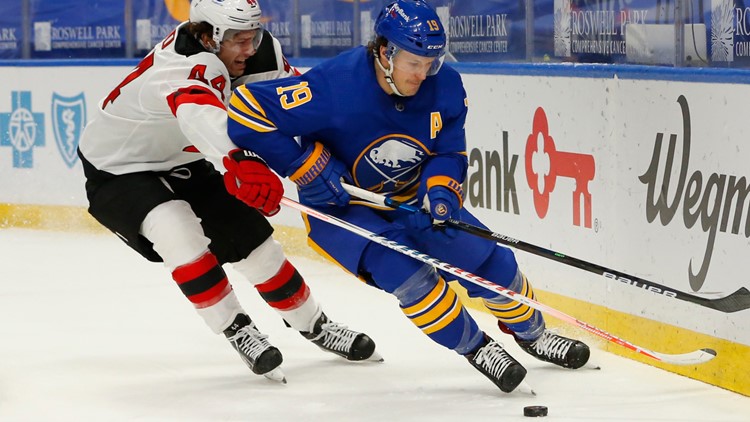 Jake McCabe’s seven-year career with the Buffalo Sabres is over.

The defenseman on Wednesday agreed to terms with the Chicago Blackhawks on a four-year, $16 million contract in free agency.

McCabe, 27, lived in Chicago during the offseason.

General manager Kevyn Adams said on Saturday the Sabres were still interested in re-signing McCabe, 27, but he expected him to hit the open market.

McCabe’s departure will hurt the Sabres, whose defense depth has been whittled down in the past week. They also lost Will Borgen in the NHL Expansion Draft and traded Rasmus Ristolainen.

McCabe compiled 18 goals, 77 points and 203 penalty minutes in 353 career games for the Sabres.

A season-ending knee injury McCabe suffered Feb. 20 and a bout with COVID-19 limited him to only 13 games last season.

The Sabres drafted McCabe in the second round in 2012, 44th overall.