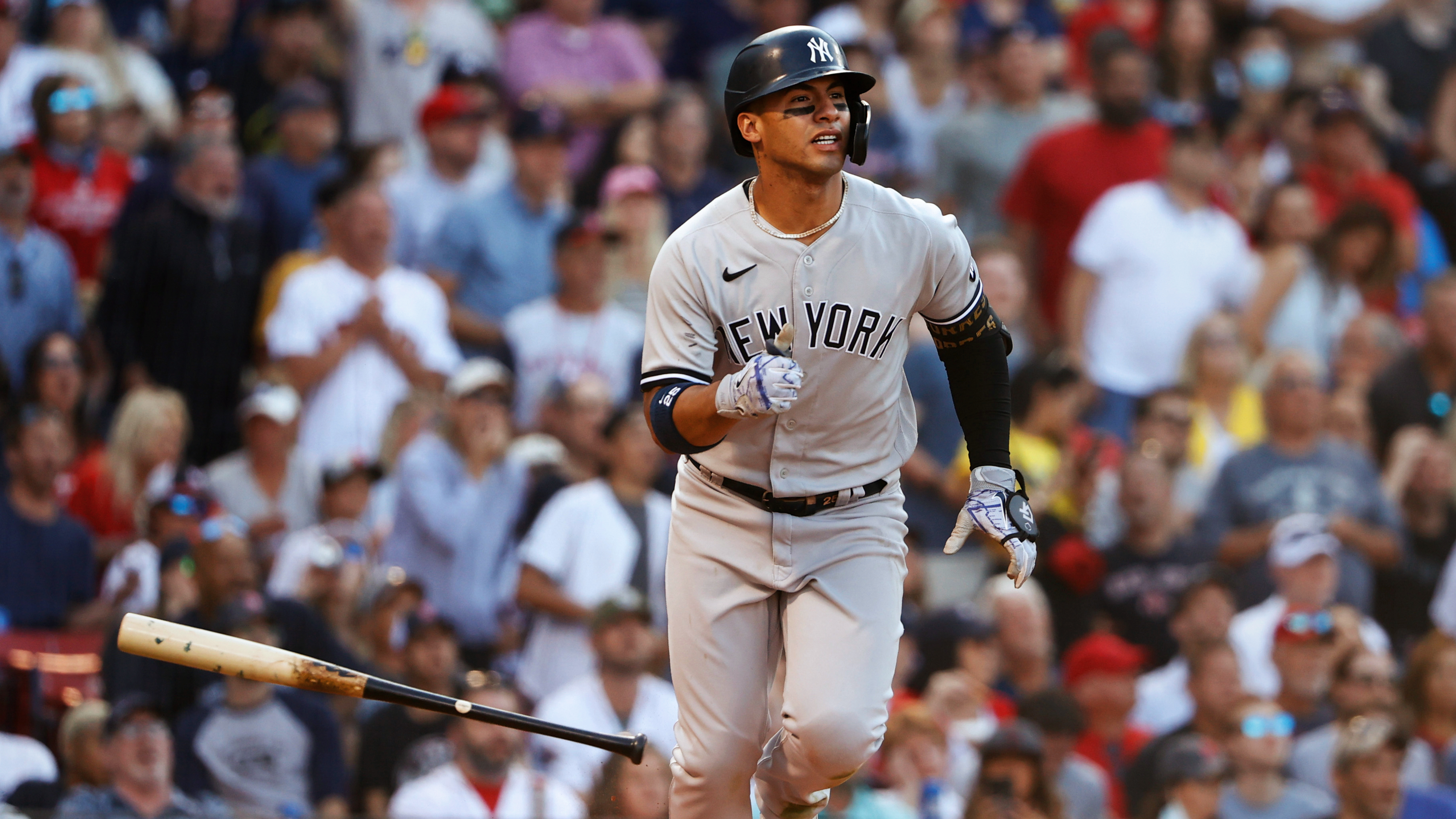 The Yankees were behind after Jameson Taillon’s third pitch of the afternoon, and their at-bats exhibited little urgency to catch up, seemingly sleepwalking through the first seven innings. Maybe they were just waiting for the perfect time to strike.

Rougned Odor kissed Fenway Park’s Green Monster with a game-tying, two-run double and Gleyber Torres’ soft flare found grass in right field to give the Yankees their first lead of the afternoon, part of an unlikely two-out rally that fueled a 4-3 victory over the Red Sox on Saturday.

Brett Gardner sparked the outburst with a single to right field, chasing home Estevan Florial with the Yankees’ first run of the game. That knocked out right-hander Nathan Eovaldi, who had been excellent through seven innings, handcuffing his former club by striking out eight without a walk.

Giancarlo Stanton greeted right-hander Adam Ottavino with a ground-rule double that bounced into the seats along the right-field line. The Yanks’ luck had turned, as none of the hits by Stanton, Odor and Torres were particularly well-struck: they carried expected batting averages (xBA) of .330, .220 and .220, respectively.

The afternoon opened inauspiciously for Taillon and the Yankees, as Kiké Hernández smoked the righty’s third pitch to left-center field for a triple, then was waved home on a throwing error — a Little League homer that placed Boston into the driver’s seat almost immediately.

Kevin Plawecki cracked a run-scoring double in the second inning and Rafael Devers lifted a sacrifice fly in the third off Taillon, who improved to 5-0 in his last six starts thanks to the eighth-inning rally. Only one of the runs charged to Taillon was earned; he scattered four hits, walking three and striking out four.