Around 4 p.m. deputies responded to the intersection of State Route 14 and Cross Road in the town of Phelps for a two-car personal injury crash.

Investigators say Raymond Paulson, 79, of Waterloo was traveling west on Cross Road- failing to yield the right of way at the intersection, resulting in a collision with a vehicle operated by Stephen Groot, 56, of Sodus.

Deputies say Paulsen was conscious but not alert on scene and was airlifted to Strong Memorial Hospital.

He’s listed in stable condition, according to deputies. Groot was checked over at the scene and signed off on treatment.

Paulsen was ticketed for failure to yield the right of way and will answer the charge at a later date.

The Phelps Fire Department also assisted at the scene. 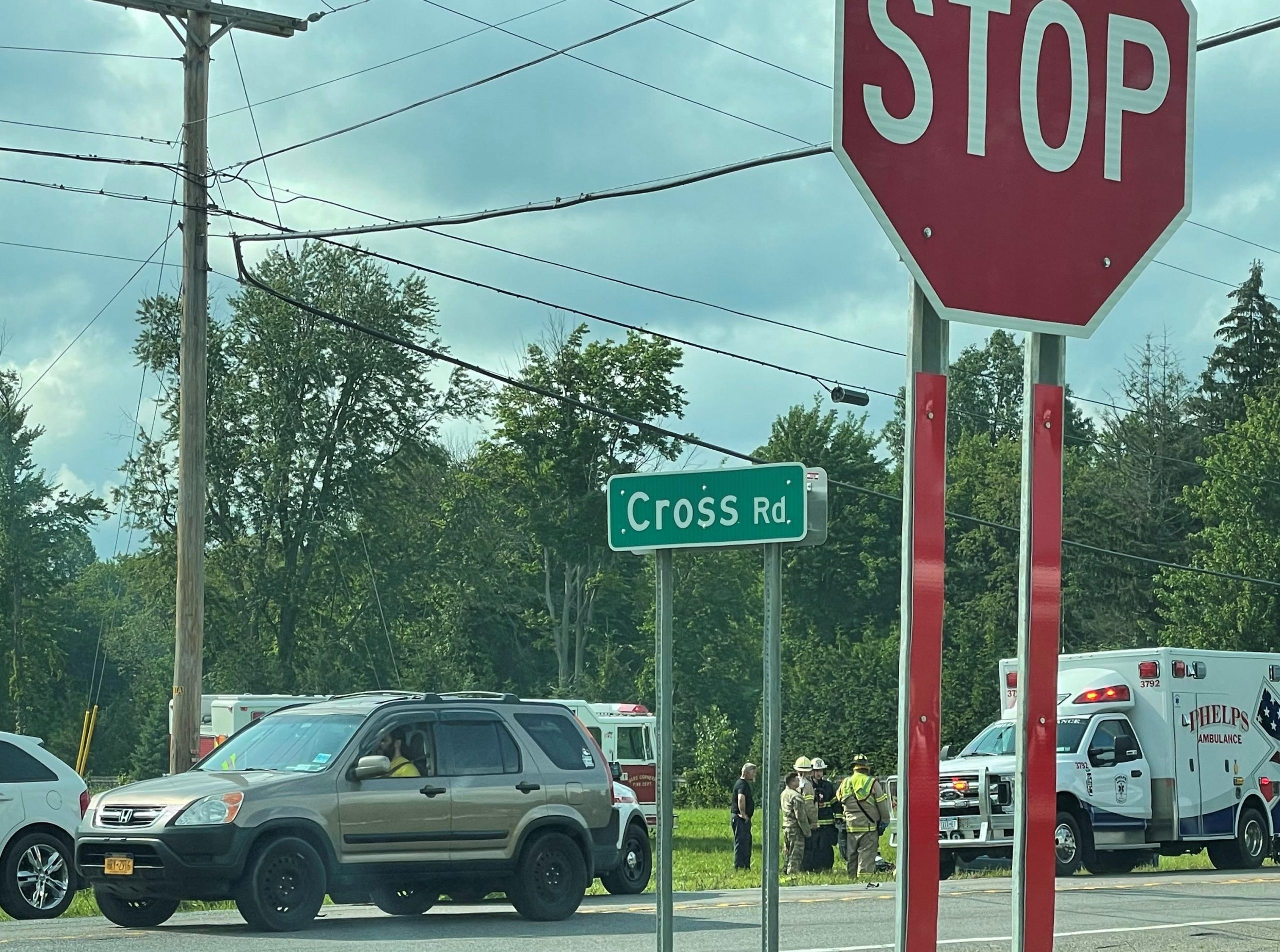 First responders work at the scene of the two-car crash in Phelps on Wednesday. Photo by Sydney Radka, FingerLakes1.com.