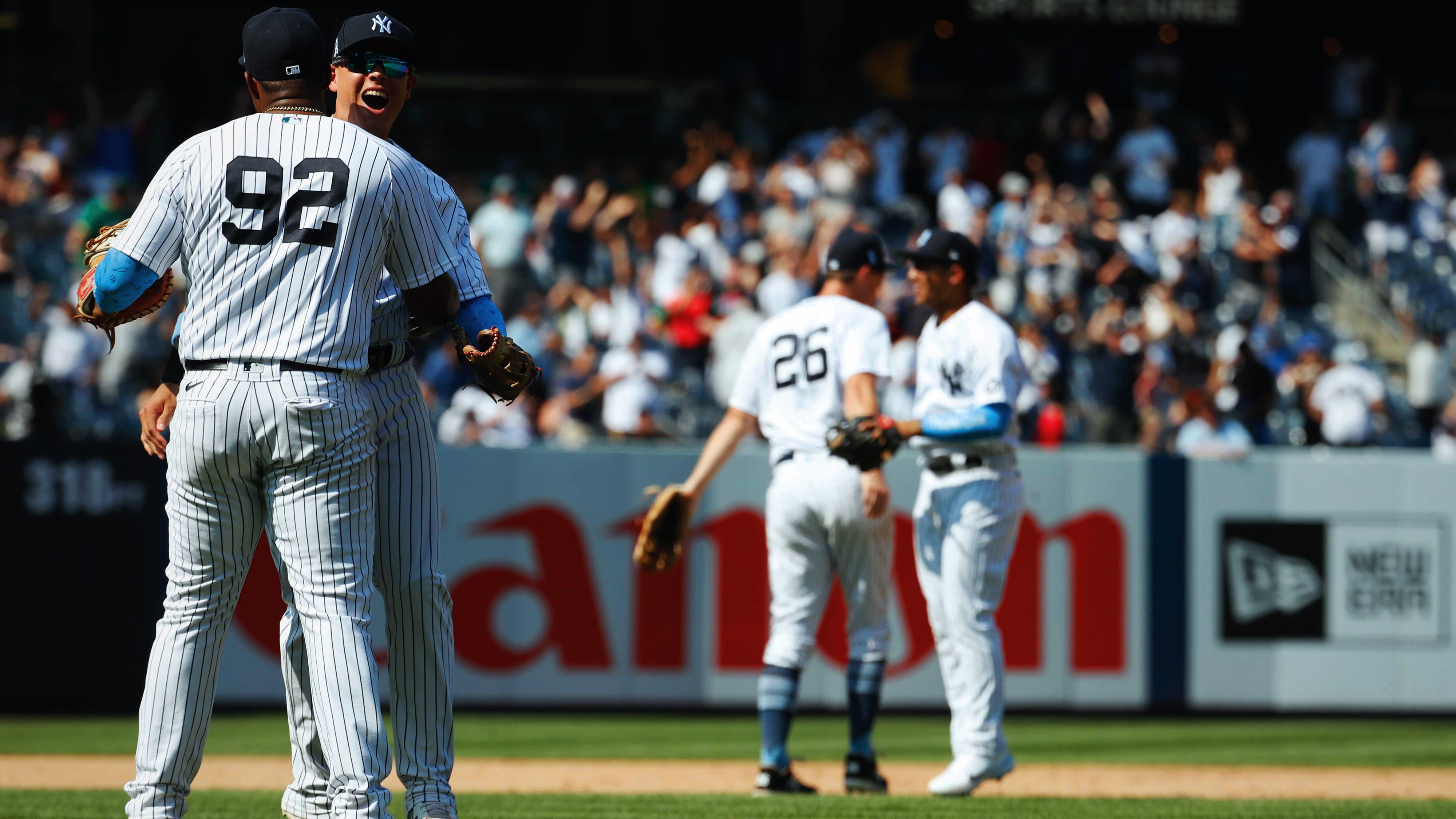 The Yankees turned their third triple play of the season on Sunday afternoon, helping Aroldis Chapman survive a major jam to eke out a 2-1 victory over the A’s at Yankee Stadium.

Their trio of triple plays in 2021 tied an MLB record, the first to do so since the White Sox in 2016. This one was started by third baseman Gio Urshela, who fielded a hot shot off the bat of Sean Murphy, stepped on third and then fired to second, where DJ LeMahieu completed the turn.

The difficulty level of this triple play didn’t quite compare to the one the Yankees completed last week, a 1-3-6-2-5-6 wonder that was the first in MLB history. The stakes were much higher on Sunday, though, with Chapman clinging to a slim one-run lead with runners at first and second. The last time a triple play ended the game was August 23, 2009, when the Phillies turned one against the Mets, and it has happened 27 times in MLB history.

Gary Sanchez drove in both of the Yankees runs with a two-run double to right-center in the sixth. He also had two of the teams three hits.

It seems as if the Yankees are finally turning the corner. They have won five of their last six, with two of those wins coming against the Athletics, which are one of the best teams in the American League.

The Yankees get the day off on Monday before they begin a three-game series with the Kanas City Royals on Tuesday night in the Bronx.