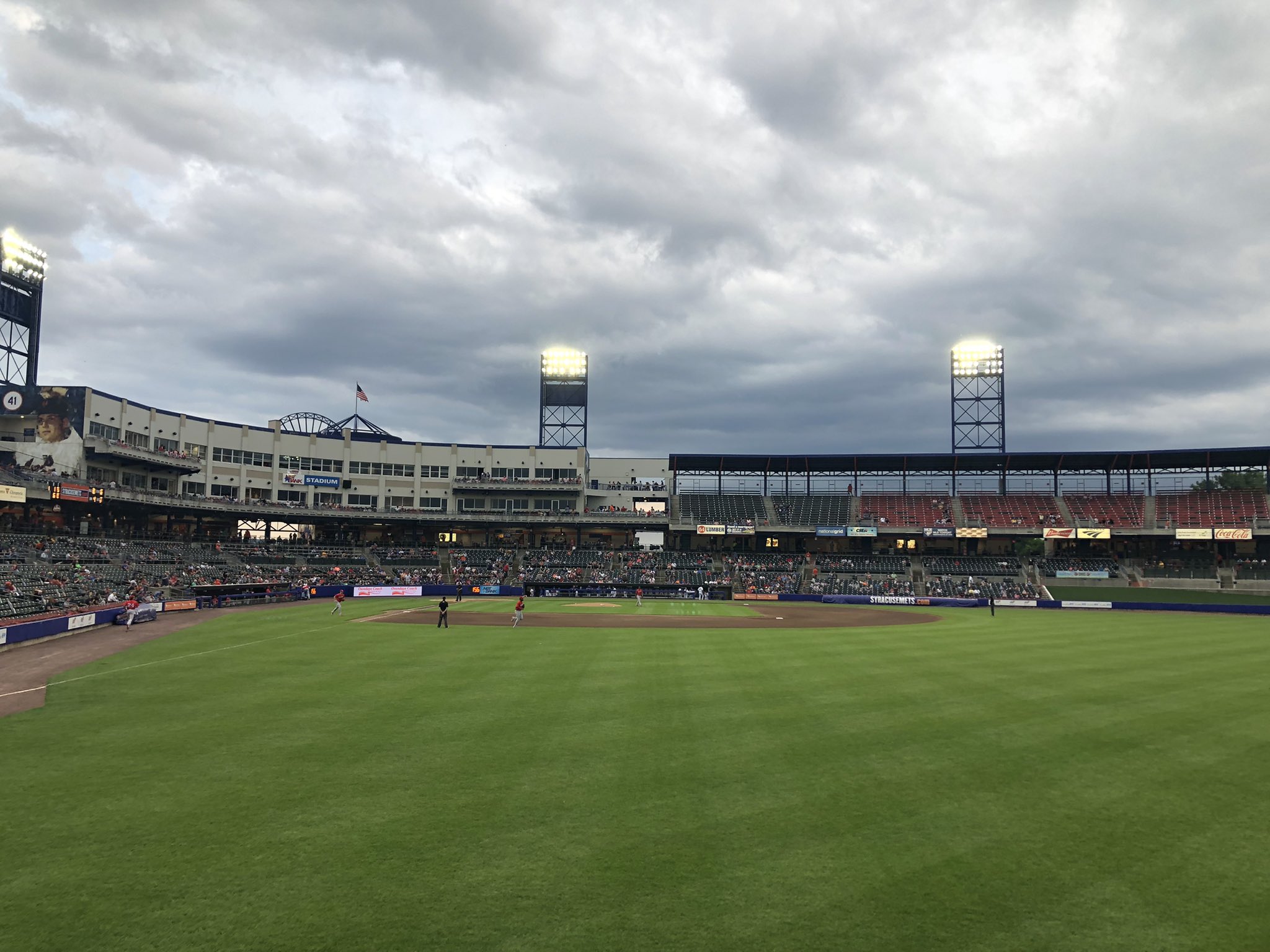 Syracuse starting pitcher Tylor Megill was magnificent on the mound in his second Triple-A start, but Syracuse surrendered a late lead to lose their fifth straight game, falling to Worcester, 5-3, on Friday night at NBT Bank Stadium.

Syracuse (11-23) didn’t waste any time getting the scoring started. In the bottom of the first, Orlando Calixte connected on a one-out single. Khalil Lee also singled to put two runners on. Two batters later, Cheslor Cuthbert came to the plate with two outs and two runners on when he sent a single into right field to score Calixte and give Syracuse a 1-0 lead. Drew Jackson followed with an RBI single of his own, bringing Lee home to extend the lead to 2-0.

The Red Sox (21-13) finally got on the board in the fourth with a Michael Chavis solo home run to left field to make it 2-1 with Syracuse still in front.

In the sixth, Worcester missed an opportunity to tie or take the lead. Jarren Duran reached on a throwing error by Wilfredo Tovar to lead off the inning. After Marcus Wilson struck out, Cordero walked, and the Woo Sox put two runners on with just one out. That ended a very strong outing from Megill. The 25-year-old allowed just one run in five and one-third innings on the mound with just two hits allowed, two walks, and seven strikeouts. Sean Reid-Foley came out of the bullpen and got the job done, retiring Chavis and Jeter Downs to end the inning.

Reid-Foley also pitched a scoreless seventh and finished the night with one and two-thirds innings pitched, not allowing a single base runner, and striking out two.

Stephen Nogosek came out for the eighth with the Mets still in front, 2-1. After a quick two outs, Wilson drove a ball to deep center for a doubl. Franchy Cordero followed with a walk, putting runners at first and second base. With two outs and two runners on, Chavis ripped a two-run double into the gap in left-center field to give Worcester their first lead, 3-2. Chavis was responsible for three of the Red Sox’s five runs tonight.

In the bottom half of the eighth, the Mets responded. With one out, Tovar singled on a line drive to right. César Puello followed, and lined a double into left to advance Tovar to third. Drew Ferguson came up with two runners in scoring position and one-out, and hit a chopper to the first baseman, Chavis, who stepped on the bag for the second out and threw home but not in time to get the sliding Tovar as Syracuse tied it, 3-3, but eventually left the go-ahead run in Puello stranded.

Nogosek returned to the hill for the ninth, and with one-out, surrendered a double to Yairo Muńoz. Jack Lopez then hit a go-ahead single to score Muńoz and put Worcester back in front, 4-3. Later in the inning, with two outs and Lopez at third, Duran hit a pop up to shallow right towards the second baseman Ferguson, who slipped and couldn’t make the catch. Lopez scored to extend the Worcester lead to two, 5-3, and Duran jogged into second on a two-base error.

For the second straight night, Kaleb Ort came out for the bottom of the ninth and picked up the save, as Worcester won by a final score of 5-3.

The Mets will look to snap the skid on Saturday against the Red Sox. First pitch is at 6:35 p.m. from NBT Bank Stadium.