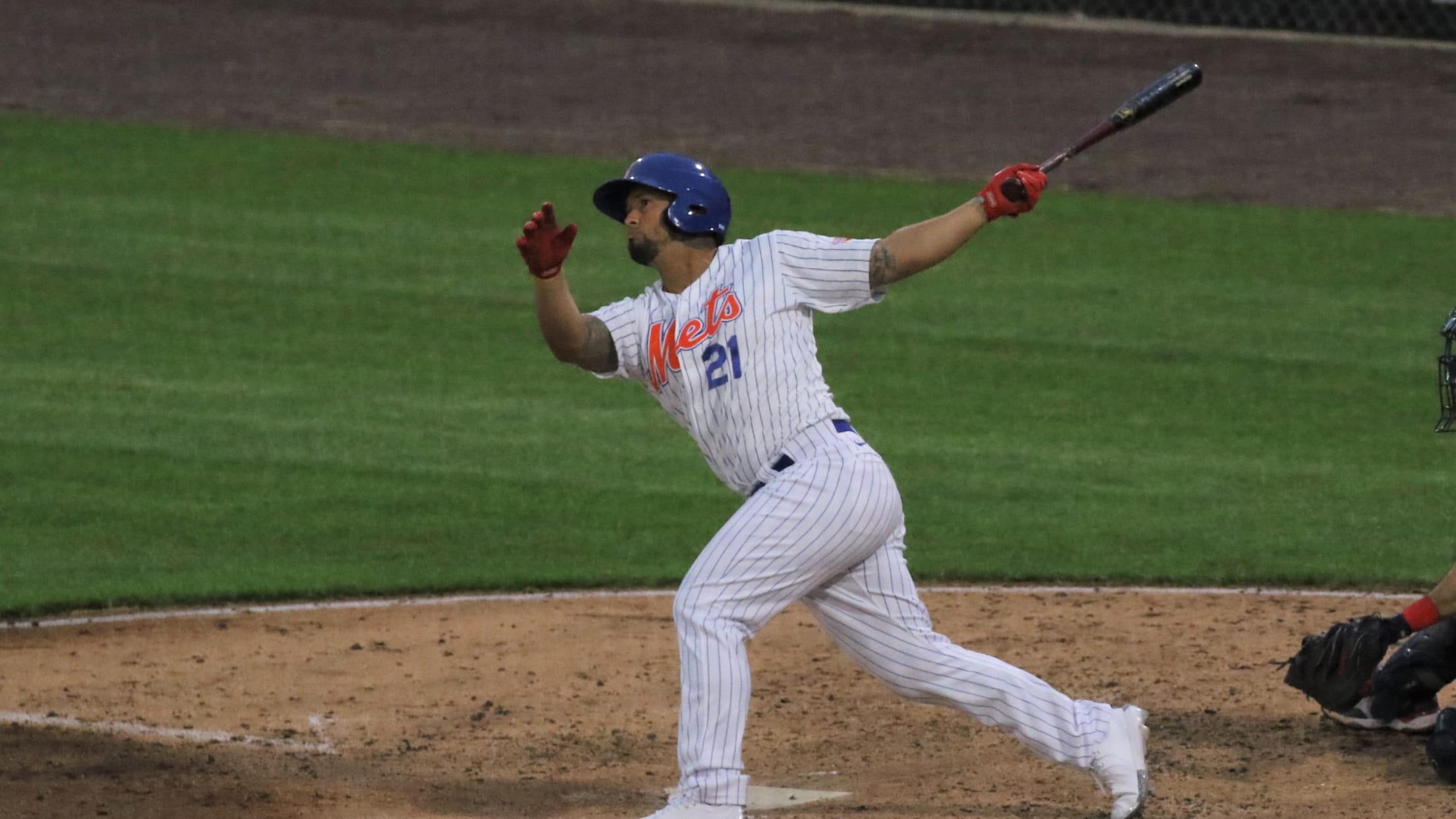 Worcester used a third inning grand slam from Connor Wong and a two-hit gem from starting pitcher Ryan Weber to roll past Syracuse, 11-4, and win the series opener on Tuesday night at NBT Bank Stadium.

Worcester (18-13) got the scoring started with two runs in the top of the second inning. Jeter Downs led things off with a single, stole second base, then tagged up and got to third base when Wong flew out to right field. What ultimately got Downs home was a Johan Mieses sacrifice fly to left field to bring across the first run of the game, giving the Red Sox a 1-0 lead. The next batter, Jonathan Araúz, hit a solo shot to deep center to make it 2-0 Worcester.

The Red Sox broke the game open in the third. The bases were loaded with two outs, and Wong came to the plate. Down in the count 0-2, Wong then crushed a grand slam to the 315 Bullpen Bar in left field to break the game wide open by giving Worcester a 6-0 lead. That wasn’t all for the Woo Sox in the third. Mieses was hit by a pitch, and Araúz picked up his second hit of the night with a single to center while Mieses advanced to third. A wild pitch from Bostick got Mieses home to give the Red Sox a 7-0 lead.

Bostick’s day concluded after the third inning. The right-handed pitcher gave up seven runs on six hits while walking three and striking out three.

Meanwhile, Worcester’s starting pitcher had a much different night. Weber threw seven innings, allowing two runs on two hits, walking two, and striking out five. The 30-year-old retired 13 batters in a row to start the game, not allowing a base runner until Cheslor Cuthbert singled with one out in the bottom of the fifth, but Syracuse did not score in the frame.

In the sixth, the Woo Sox continued to build on their lead. Runners were on the corners with no outs for Muńoz when he connected for a single to left field to score Marcus Wilson for an 8-0 advantage. Later in the frame, with two outs and two on, Mieses drove in another run with a single to left to increase the lead to 9-0.

Syracuse (11-20) finally got on the board in the bottom of the seventh. With two outs and no men on, Patrick Mazeika was hit by a pitch. Then, Cuthbert clobbered his second home run as a Met over the left-field wall to make it 9-2 Worcester.

Red Sox reliever Matt Hall replaced Weber for the eighth, and Syracuse was able to put up some more runs. Sebastian Elizalde led off the inning with a double, and Drew Jackson followed with a walk. Drew Ferguson then grounded out, but both runners advanced to second base and third. Next, Orlando Calixte hit an RBI single up the middle to score Elizalde and cut the deficit to six runs, 9-3. After César Puello struck out in his first plate appearance with Syracuse, Mazeika slashed an RBI single into right and that made it 9-4 with Worcester still in front. The Mets ended up leaving two runners stranded after Cuthbert struck out swinging, and the Red Sox had a five-run lead going into the ninth.

However, Worcester took that seven-run lead right back. In the top of the ninth, Marcus Wilson smoked a two-run homer into the Worcester bullpen in right-center field to give the Woo Sox an 11-4 advantage.

The six-game series continues tomorrow at NBT Bank Stadium for the first Virtual Education Day in Minor League Baseball history. First pitch between the Mets and the Red Sox is at noon.