7 players the Bills could target in the NFL Draft 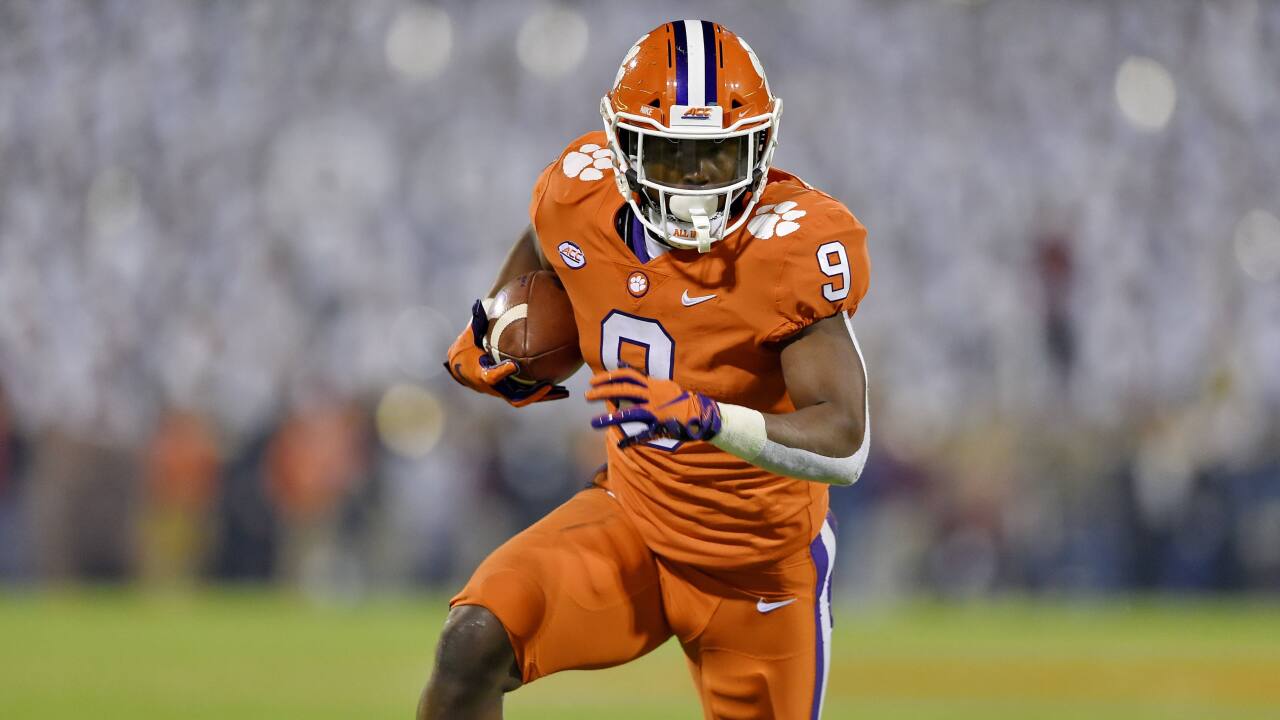 When you have a roster built like the Bills’, there are plenty of options when it comes to the draft. For general manager Brandon Beane and the front office, there is an argument to be made for practically every position when the Bills are on the clock for the first time. But which players should the Bills be targeting with the No. 30 pick? Let’s look at some players who make sense if they stay put, and some prospects that could require a trade.

Has there been a more divisive player for Bills fans this offseason than Etienne? Earlier in the week, ESPN’s Todd McShay said on a podcast the Bills have expressed interest in the Clemson running back. McShay even said the Bills could trade up to draft Etienne.

While I don’t think it would be wise to move up for Etienne, I can see why the Bills would be interested. Just last week, Beane said he doesn’t believe they have a home run hitter on their roster. Etienne certainly qualifies and would be a dynamic addition for the Bills if he’s available late in the first round.

Todd McShay, on Ryen Russilo’s podcast, says he’s hearing the Bills are trying to move ahead of the Jets (25) and Jaguars (23) to draft Clemson RB Travis Etienne Click for audio sent to me by and h/t to @pordyngus. pic.twitter.com/juWMFUmS4p

Newsome would immediately be the favorite to win the starting cornerback job opposite Tre’Davious White. Despite Levi Wallace’s strong play during his first few seasons, the Bills could upgrade an important position in a deep draft class for cornerbacks. Newsome plays physically and uses his length to his advantage in coverage. If he’s available when the Bills are picking, he could very well be wearing red, white, and blue in 2021.

If you Google Oweh’s name, chances are you’ll find a mock draft or article linking him to the Bills. That shouldn’t come as a surprise when you consider how desperately the Bills need to get younger at defensive end. Veteran Jerry Hughes was exceptional last season but Mario Addison failed to meet lofty expectations and the jury is still out on 2020 second-round pick AJ Epenesa.

Oweh could prove to be a strong complement to Epenesa because of their different styles of play. While the Bills’ second-round selection from 2020 looks to get to the quarterback with brute strength, Oweh is looking to get the corner with speed. Combining these two young pass rushers with the aforementioned veterans could make a lot of sense for the Bills while giving them important depth at the position.