And in our case, that special someone is Jim Sinicropi, the president of FingerLakes1.com, Inc.

The seemingly simple idea behind starting an all-digital news, lifestyle and entertainment platform that’s exclusively run by and for the Finger Lakes came from the imaginative mind of Sinicropi shortly after graduating from Syracuse University in 1995.

Once he finished his studies at ‘Cuse, Sinicropi never sought to leave his humble hometown of Seneca Falls.

“I knew I wanted to live in my hometown because I have a large family here,” he recalled.

Around that time in the late-1990s was when the Internet started “taking off,” as Sinicropi once put it. 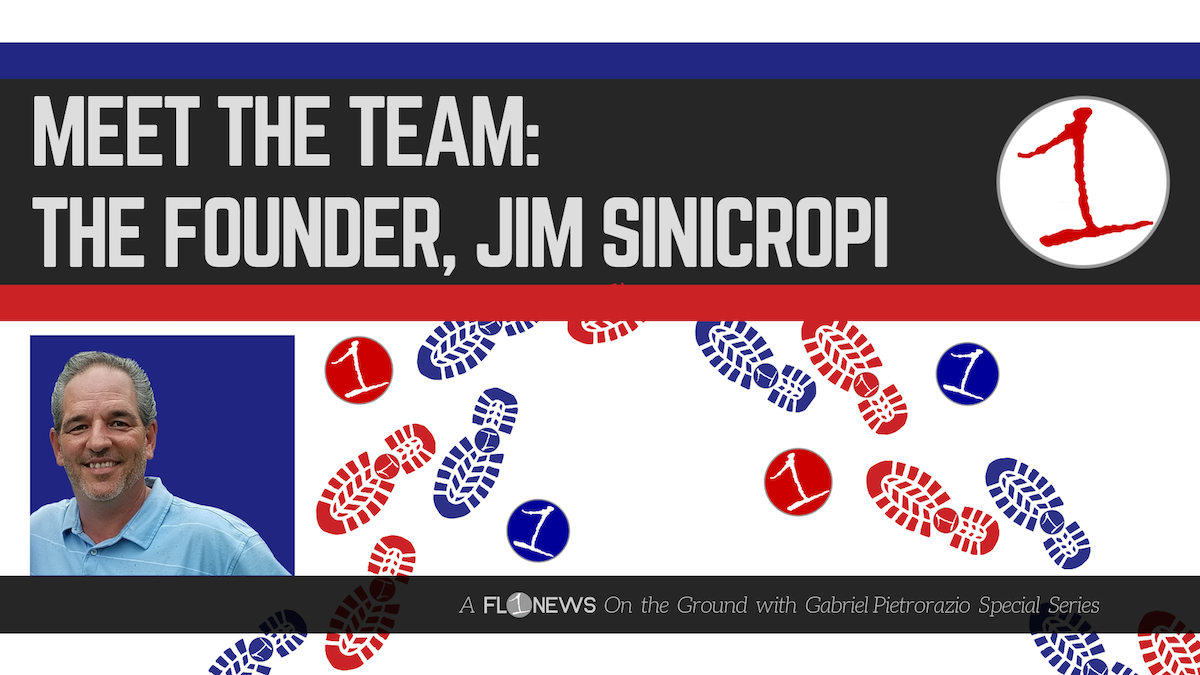 “I noticed there was no online outlet for local news and information and at the same time, many local businesses needed websites to be developed,” Sinicropi said. “I took advantage of this opportunity to launch our company and we have continued to grow ever since.”

Twenty-two years later, the FingerLakes1.com brand has never been stronger.

Whether you’re a casual fan or avid follower of our site, you’ll see Sinicropi’s unforgettable presence appear across multiple mediums and formats while scouring the web.

He’s involved with staff management, accounting, billing, web and graphic development, customer support and even serves as an on-air talent for several livestreams — but most notably our live high school basketball broadcasts.

If anyone bleeds orange — it’s him. After all, he’s a faithful Orange crusader, especially since ‘Cuse is his own alma mater.

He carries that same level of compassion and respect for the collegiate sport through his coverage of our local teams — particularly when they’re winning sectional championships and reaching the Final Four teams among the New York State Public High School Athletic Association.

“It is exciting to see young student athletes buy into a program and have success while representing their families and community,” Sinicropi reminisced. “Documenting the stories of these championship seasons have been especially rewarding and enjoyable.”

When he isn’t sitting inside his office or speaking on-camera in the studio, Sinicropi can be seen coaching seasonal youth sports, taking care of his lawn or peacefully golfing at the Seneca Falls Country Club, where he previously served as their organization’s president from 2014 to 2021.

His life’s passion has been primarily invested in creating and cultivating FingerLakes1.com as an unrivaled source of information for the entire Finger Lakes.

And as the years continue chugging along, time hasn’t slowed him down either. In fact, he’s far more active than ever before, both on-air and behind the scenes.

“I love producing content for a wide audience and contributing to the overall quality of life of my neighbors here in the Finger Lakes,” Sinicropi explained.

As the company’s president, he equally enjoys reading and listening to the published works from our newsroom staff and contributors like my leading coverage of the Cayuga Nation, Todd Elzey’s beat reporting of Geneva’s police reform efforts, Peter Mantius’ environmental investigative stories on Greenidge Generation and Josh Durso’s in-depth interviews as a part of the FL1 Daily podcast — all of which are considered to be some of his personal favorite news-related topics that he routinely follows on our website.

Even our digital-exclusive platform grants us “more freedom on how and when to produce content and cover important stories” since “we aren’t tied to a deadline,” according to Sinicropi.

“We have been able to become a valued part of local residents’ daily lives,” he shared. “That’s the most exciting part.”

The “Meet the Team” is a special series as a part of the On the Ground With Gabe news blog. Each week, a new member of the FingerLakes1.com staff and their contributions will be featured.