Amerks stumble in 5-1 loss to Monsters 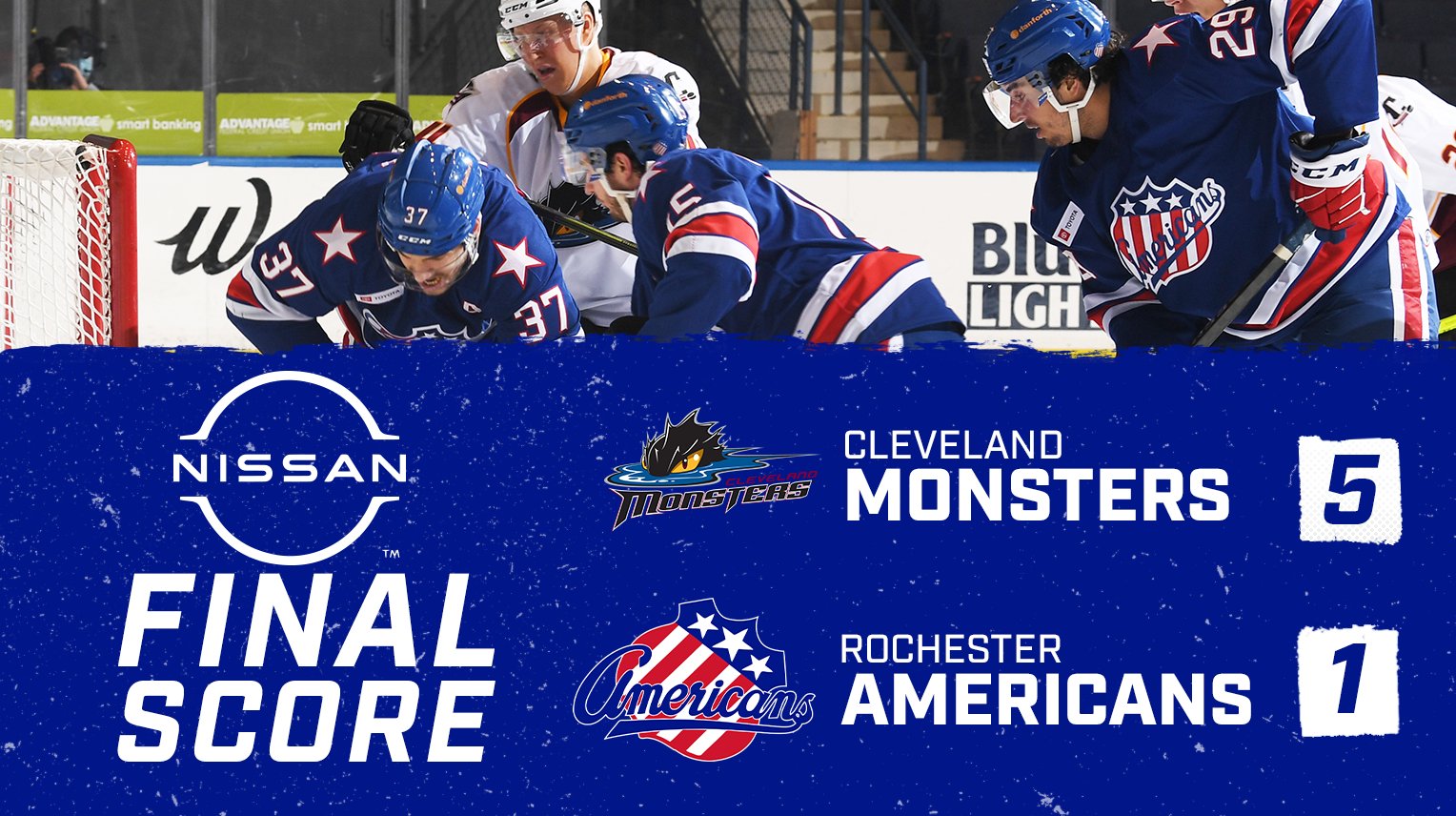 The Cleveland Monsters scored twice in the opening eight minutes and rode a near-perfect performance from veteran goaltender Brad Thiessen on their way to a 5-1 win over the Rochester Americans Wednesday at The Blue Cross Arena.

Veteran forward Michael Mersch provided the lone tally for the Amerks, spoiling Thiessen’s bid for his first shutout since April 3, 2019 with a power-play goal late in the third period. Brandon Biro, coming off a three-point effort Friday against Syracuse, notched an assist as did fellow rookie forward Patrick Polino, who registered his first pro point on Mersch’s third of the season. Ukko-Pekka Luukkonnen made 24 saves while making his ninth start in 12 games for Rochester.

Jake Christiansen (1+2) and Adam Helewka (0+2) each turned in multi-point efforts while Gavin Bayreuther, Tyler Sikura, Josh Dunne and Zach Jordan rounded out the scoring for the Monsters, who improved to 5-2-0 in their last seven games. Thiessen stopped all but one of the 23 shots he faced to collect his second straight win and third in his last four appearances.