After going 10-1 for the season, the team of 16 wrestlers emerged victorious ending the season as Section V champions. The team was able to overcome the challenges presented by unique safety measures amid the ongoing pandemic to achieve this success.

Of the 16 wrestlers, seven members of the team are seniors this year. The seniors are Dylan Campbell, Josh Maslyn, Trevor Sibley, Andy Maslyn, Josh Wilkins, Adam Sibley and Johnny Kaiser. During their time wrestling for South Seneca the team has collected four league titles and earned the Section V Sportsmanship Award last year. 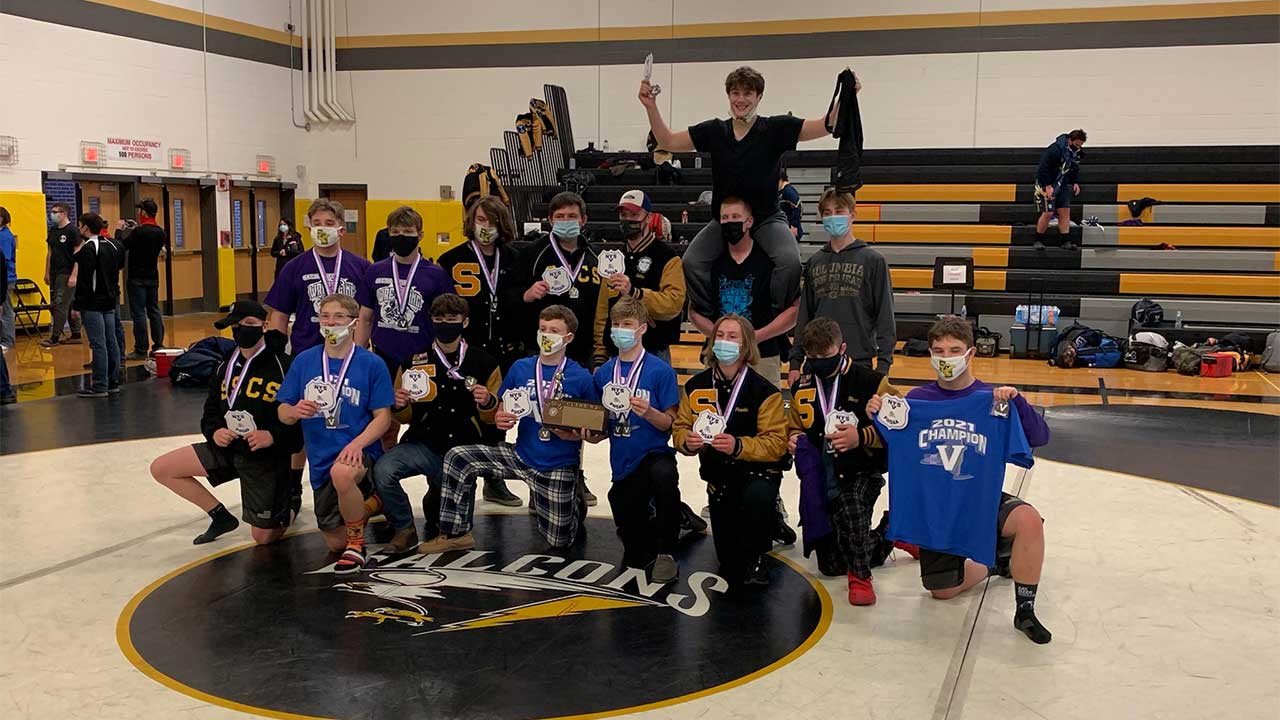 Throughout the season, the team was broken up into groups of four to practice with. This limited the amount of contact and exposure to keep the students safer, and also allowed groups to continue to practice effectively if one or two members of a group was absent from a practice.

“These guys will be missed, but they have helped to continue a long tradition here, and I couldn’t be happier for them,” said wrestling coach Ken Sweet. “I want to thank New York State and especially our district for giving them the opportunity to compete and show everyone how hard they’ve worked, and what a good attitude and work ethic can accomplish.”